Teardrop is the most dedicated and experienced chalker of all. He’s done several on his own and knows how do it better than anybody other than myself. He is always interested in art and has a hilarious grasp of semiotics which is evident in his art, his antics and his outfits. One day he will be dressed in a fur vest and hat, the next, like a catholic schoolboy. He calls me Moms, partly because of the support I gave him when he was falsely accused of a hate crime. (see the Ice Cream Three story later in this book.) Moms is now my moniker. A lot of  people call me Moms now. 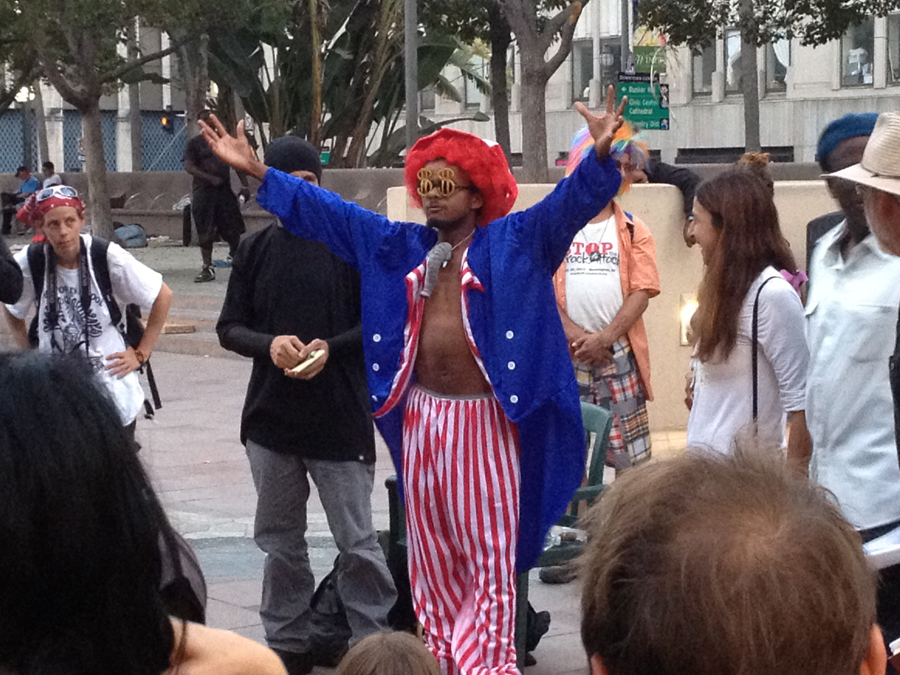 Mother and Son cop costumes for the “Save our Schools” protest. I had a real patch on mine, which was illegal. I spent a lot of effort trying to cover it up when the real cops were around. Fresh Juice Party got it from a costume store. It was a rental but we claimed to have lost it. We were never welcome at the store again. 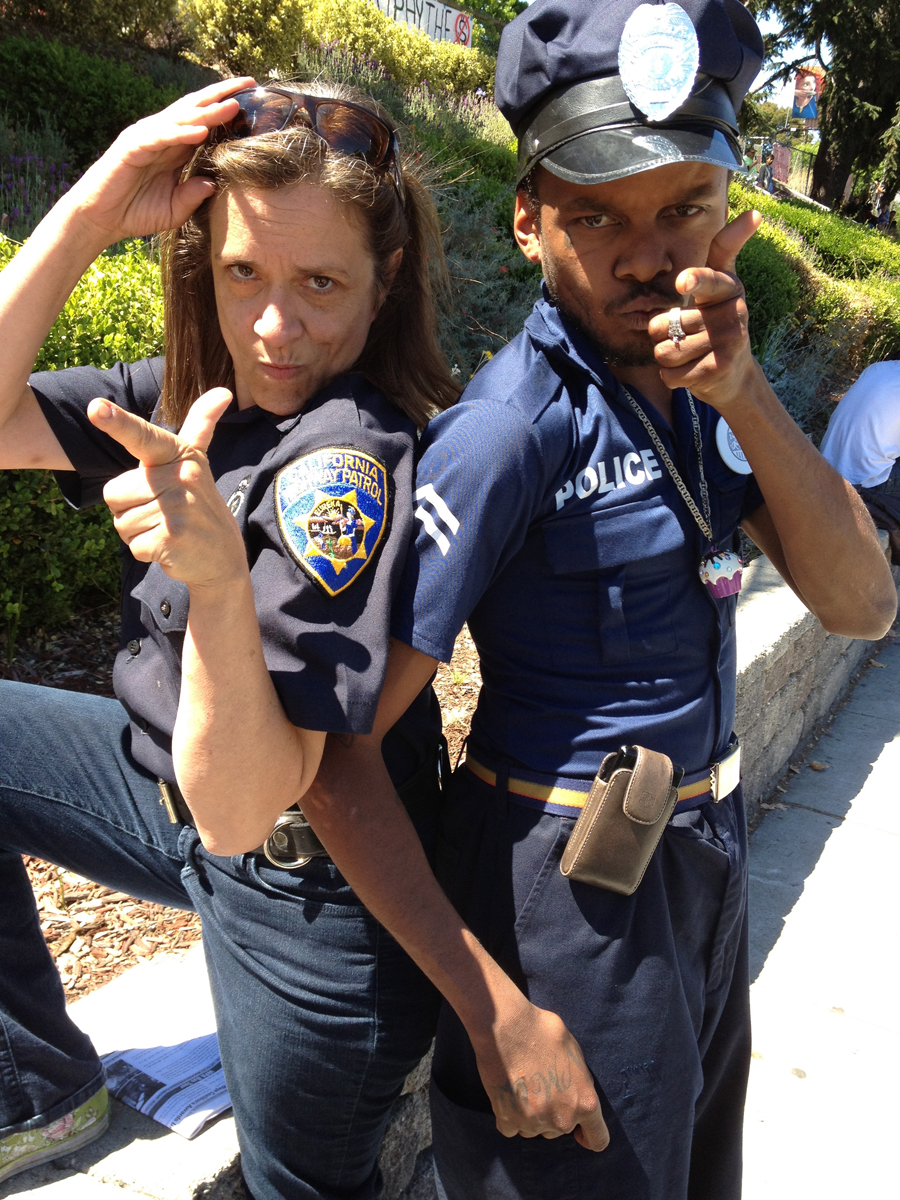