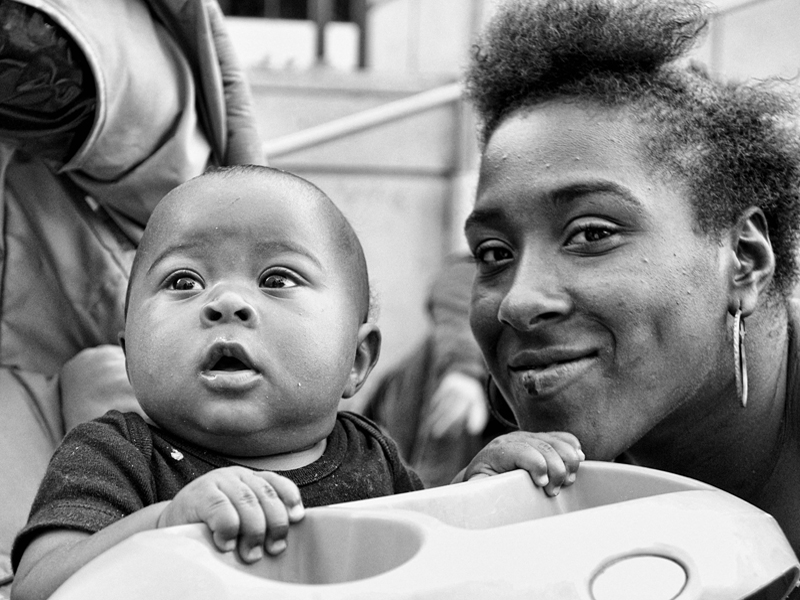 I met Moe in Downtown Oakland. I don’t remember the exact moment but the first memory I have of Moe was a pregnant young woman with a gorgeous smile saying something like “There’s my chalk-u-people.” It was such a warm, downtown Oakland welcome.

Eventually she came to call me “Moms” which made me happy since I have no children of my own. She once bought me ice-cream when she was homeless and probably had about 5 dollars to her name which would mean that she had probably given me about half of her net worth at the time. Although I bought her meals, I never shared half of what was mine with her.

Another time, when someone had called me a racist, Moe got up in the guy’s face and told him: “That’s my momma you’re talking about!”