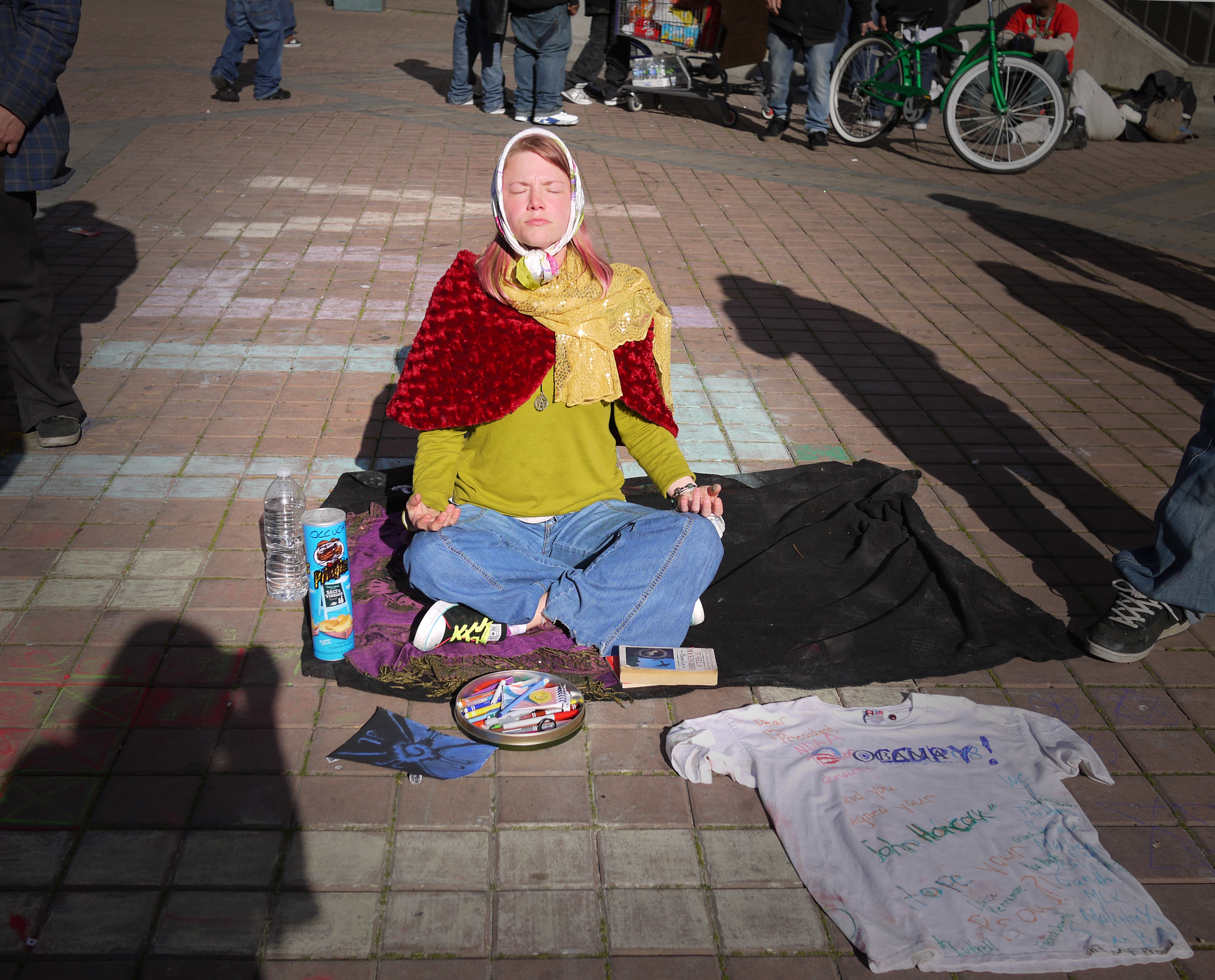 Chalkupy began after Occupy Oakland was forcibly removed from Oscar Grant Plaza. The final thing to go was the word “OCCUPY” that someone had chalked the pavers. About eight police and several city officials were there to assist two city workers with power washers remove that last trace of the Occupy Oakland camp. When we asked them why they had to remove it, they said “for sanitary reasons.” Well, there was some really nasty pee smell just a few yards away so we started demanding that they “clean the pee over there then.” Marsha started chasing thy power-washer guy around with a livestream tablet telling him “Clean the fucking pee! Clean the fucking pee!” No way. They were there to clean the unsanitary word “Occupy” and nothing else. 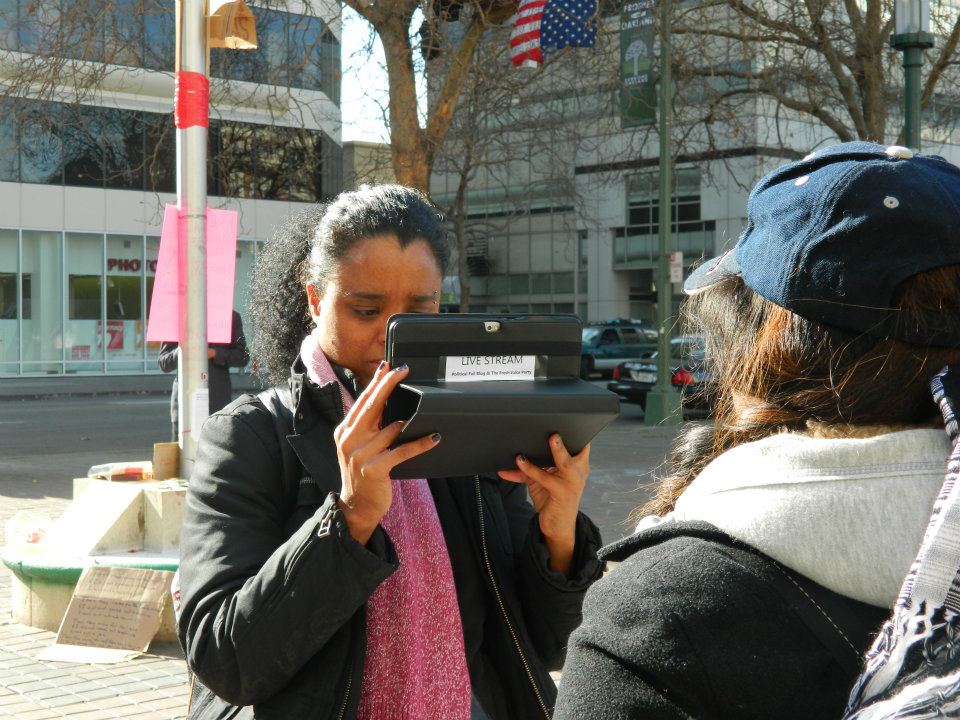 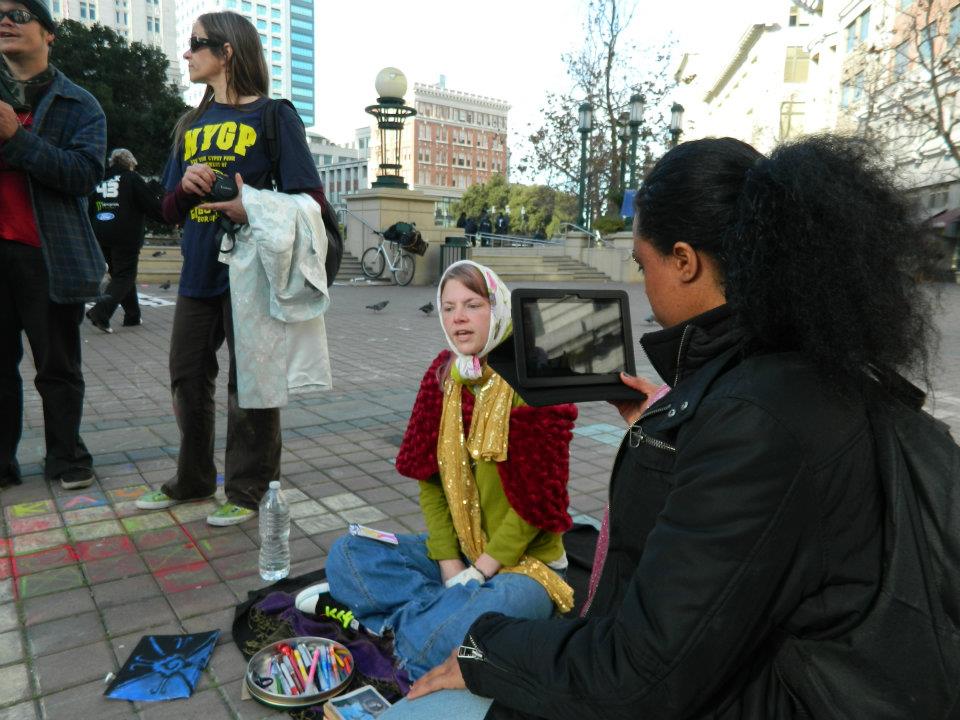 People moved in to protect the letters. A guy on a bike stopped on the “Y.” Marsha was knitting on the “O” and Dandelion was sitting, drawing on a “C.” For a while a guy in a wheelchair was sitting on one. They asked us to move and we said we were busy. Then the police told us that we would be arrested for “obstructing public access.” ($5,000 bail. Bail for pimping is half that.) We were like: “You can go around.” In the end, it didn’t seem worth those thousands of dollars and a year of court dates to protect the word. We were told by the city that we could put it back, which they may have regretted big time. So we do, usually Friday afternoons. Dandelion was the only one who refused to move. She called her baby-sitter telling her she was “being arrested for coloring.” The cops didn’t really feel like taking her in. (Maybe because she’s white. They liked to pick on people of color.) They ended up cleaning around her and in the end City Officials she was sitting on the word “CUP.” Every week the city washed our chalk away and we came back Friday afternoon, with a new design, more than 50 times, so far. 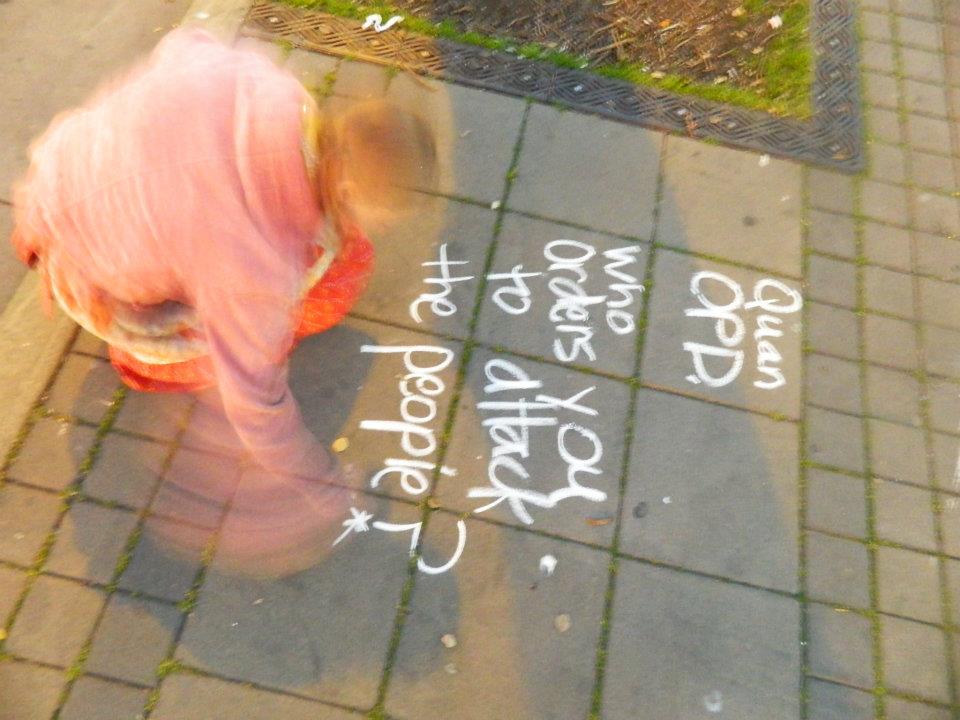