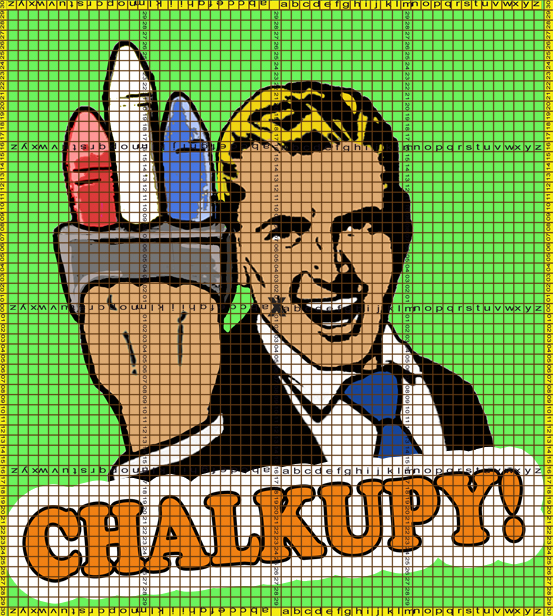 A clip art picture of a young Turk with his hand raised in red, white and blue defiance holding a chalk “holster.” Tag line: Chalkupy! Unsure of where we stand with the law (the key word in the California vandalism statutes is: DEFACE) we proceed rudely while avoiding actual obscenity. As long as our art is “GOOD” we theorize, we should be able to get away with it, although history has often seemed to bear out the theory that it is “what you chalk” rather than “that you chalk” is the real, core issue. I found a picture online of a guy wearing what appeared to be an amalgam of a chalk-holder and a pair of brass knuckles. I combined that handy tool with the image of a tanned, young Turk, smiling whitely and carefully extending his middle piece of chalk in ‘the finger.”

“Chalkupy!” said the caption. The word was beginning to appear in the press and more than one person was claiming to have used it first. I think probably a lot of us came up with it at the same time. It was bound to happen given that “Occ” rhymes with “Chalk.” Around this time, I submitted it to Urban Dictionary and it was accepted: Chalkupy: Chalking political slogans in public space. “Last week 3 people were arrested in Austin for Chalkupying.” In LA, Austin and elsewhere, people, children even, are being arrested.

The mayor of LA enjoins the city to “Chalk the streets!” for Lance Armstrong’s newest gig but did nothing about arrests of people who chalked critically of the government and banks at about the same time at the monthly, downtown Art Walk. This all seemed to us to be glaring freedom of speech hypocrisy. 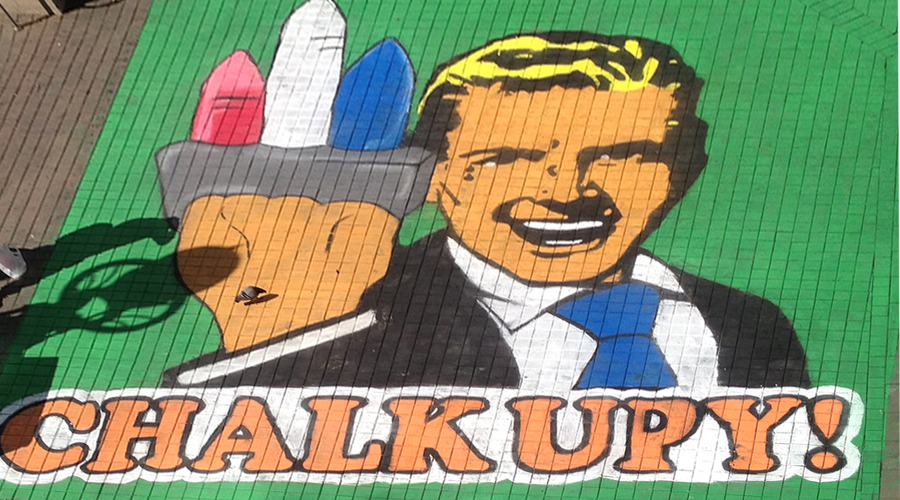 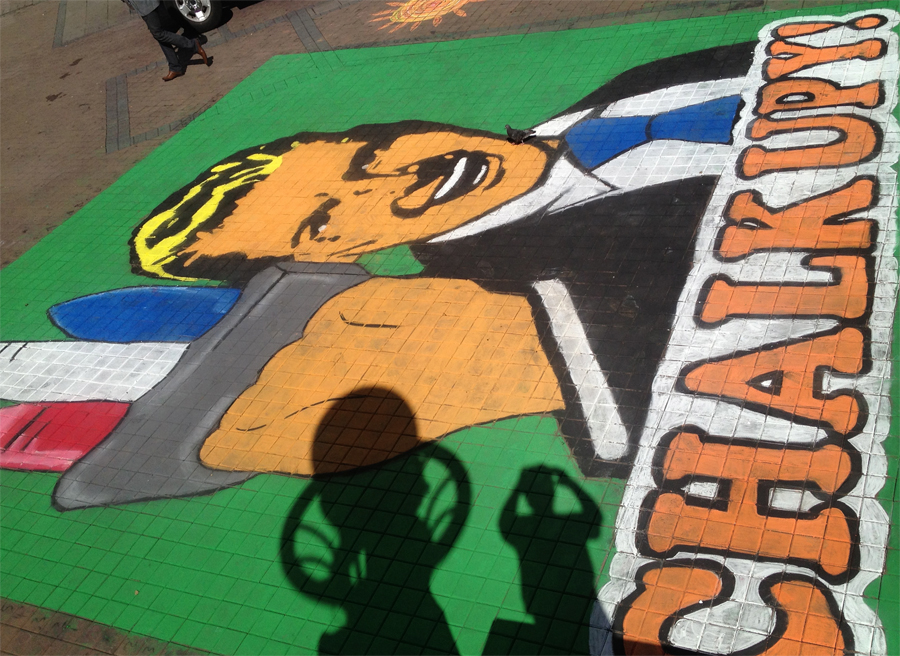 A lady in the government building next door agreed to take our camera up to a higher floor and take a photo of our chalk. 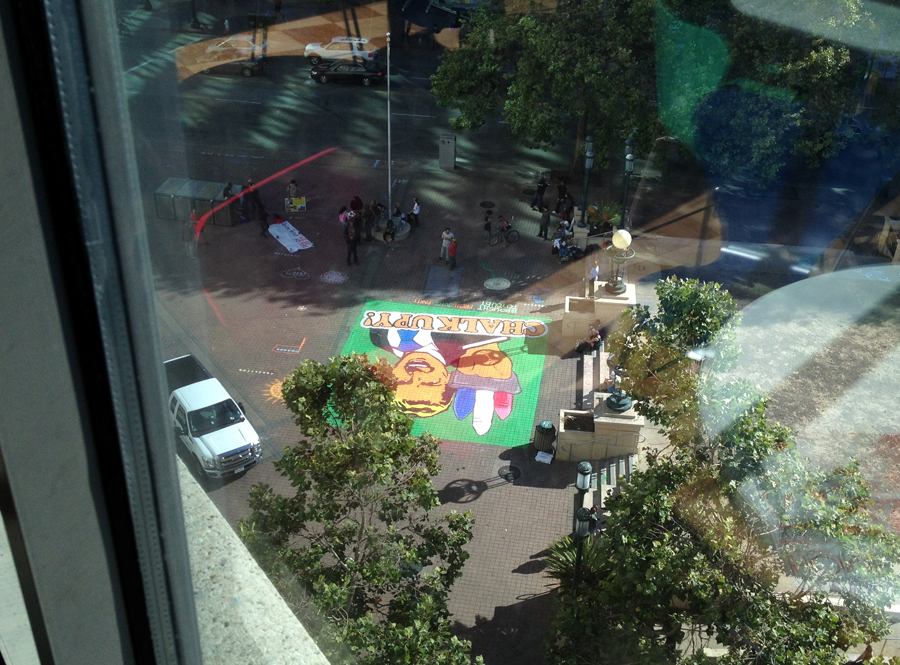