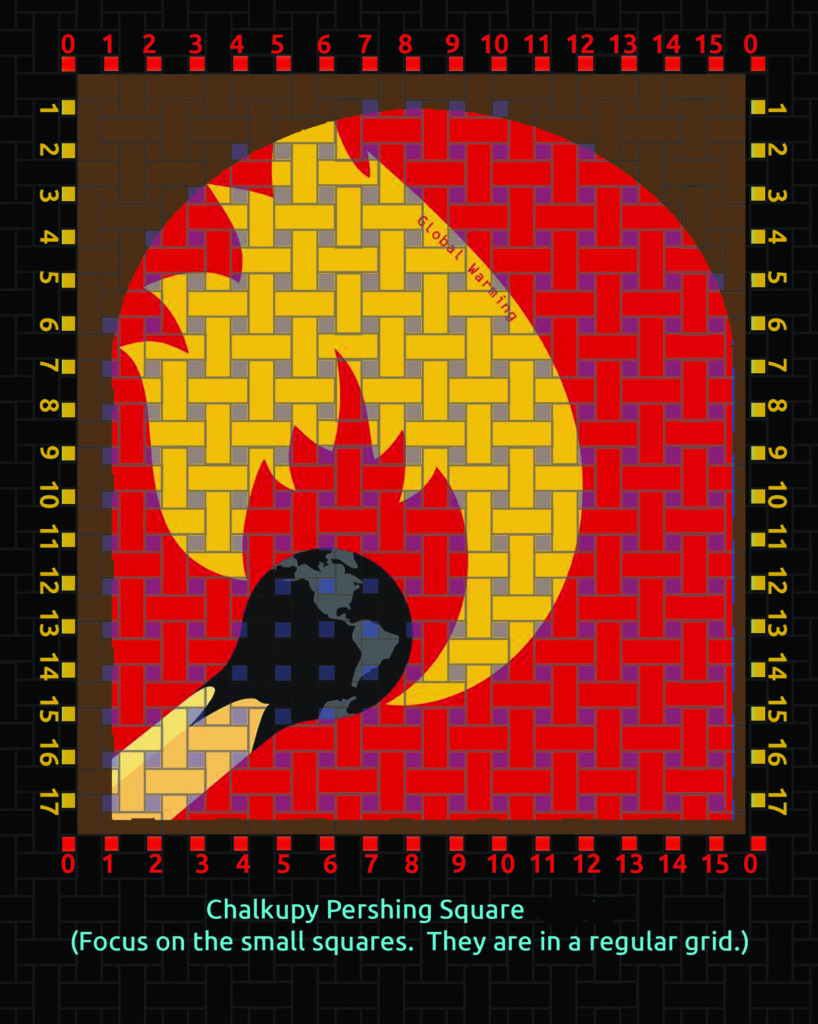 This chalk was done at the request of VisionLA Fest, a citywide arts festival that ran concurrently with a climate change arts festival in Paris, ArtCOP 21. For the 13 days that the climate summit convened, films, actions, performances and gallery shows populated the LA festival. We had been planning to chalk during a National Nurses United climate change protest on Thursday. Nurses are very concerned about the climate change sickness they are already seeing in their patients, asthma and other issues. We were told by Pershing Square management that if we chalked, the nurses would lose their permit and be arrested, so we bowed out and told the management that we’d chalk Friday instead. We had just been speaking to Sgt. Baker of LAPD that the city attorney had ruled that chalking is not an arrest-able offense so we told then “too bad.” She then asked if we could get a permit and we said “no.” She then asked if we could chalk Saturday when children would be in the park and we said “yes.” 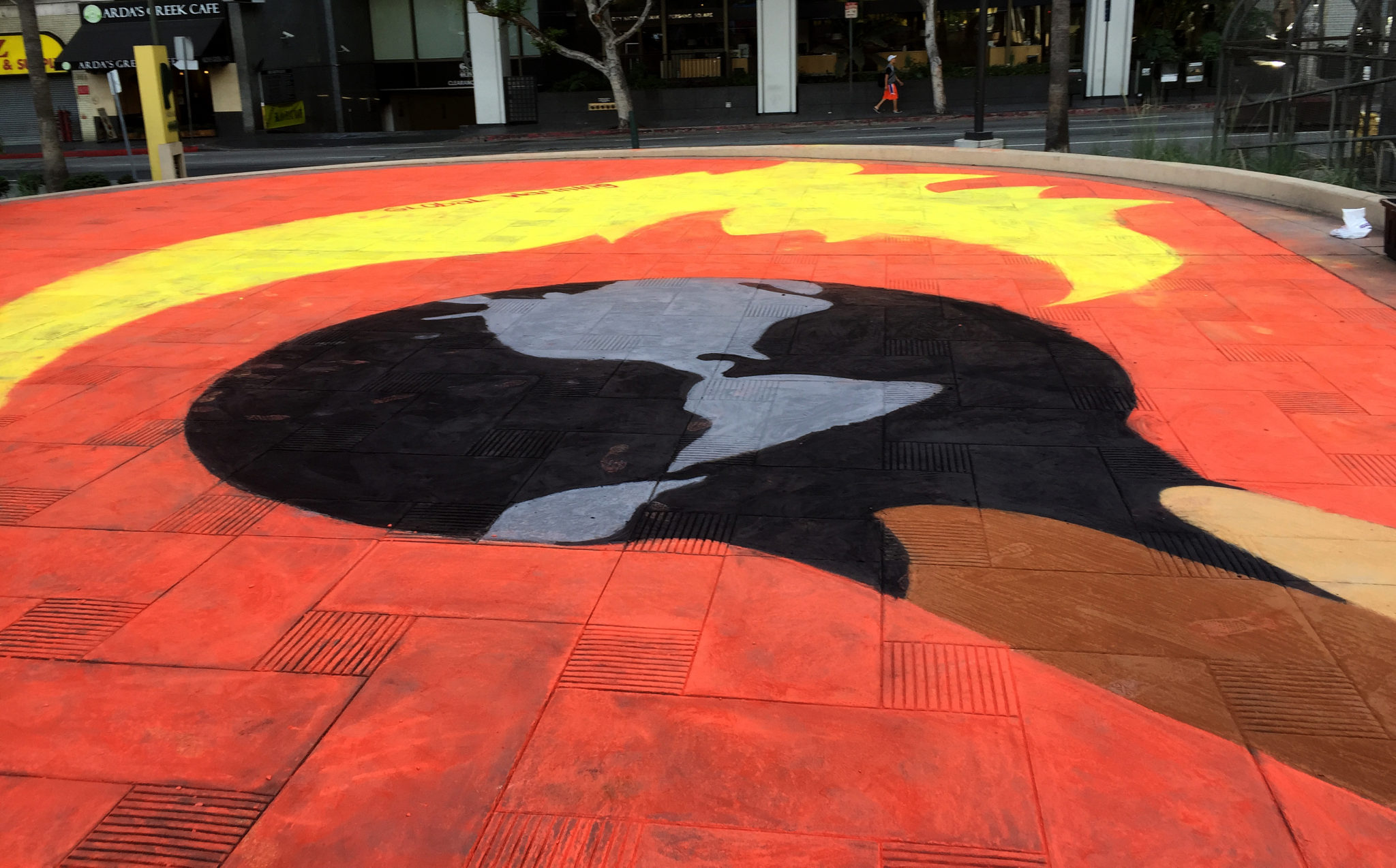 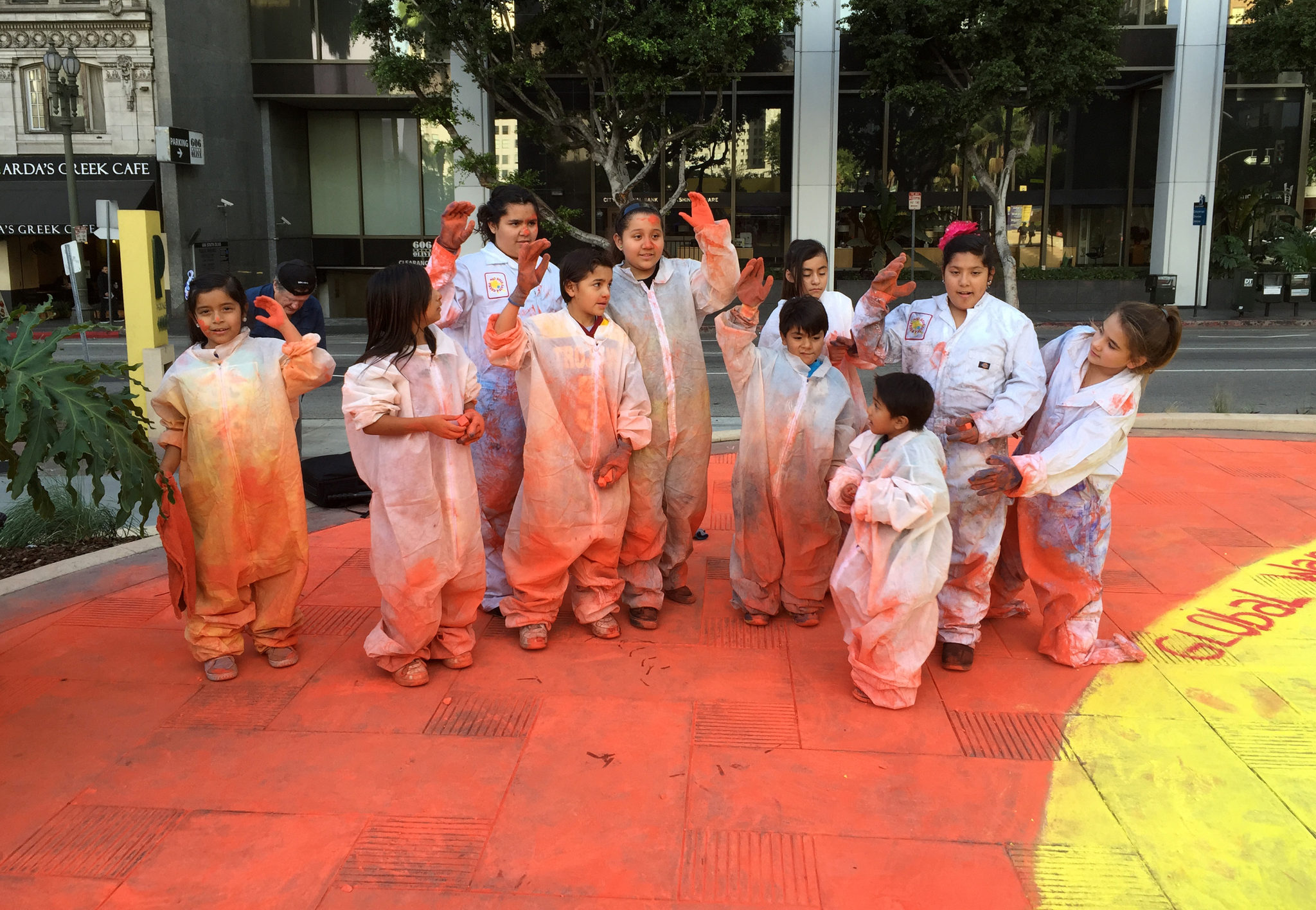 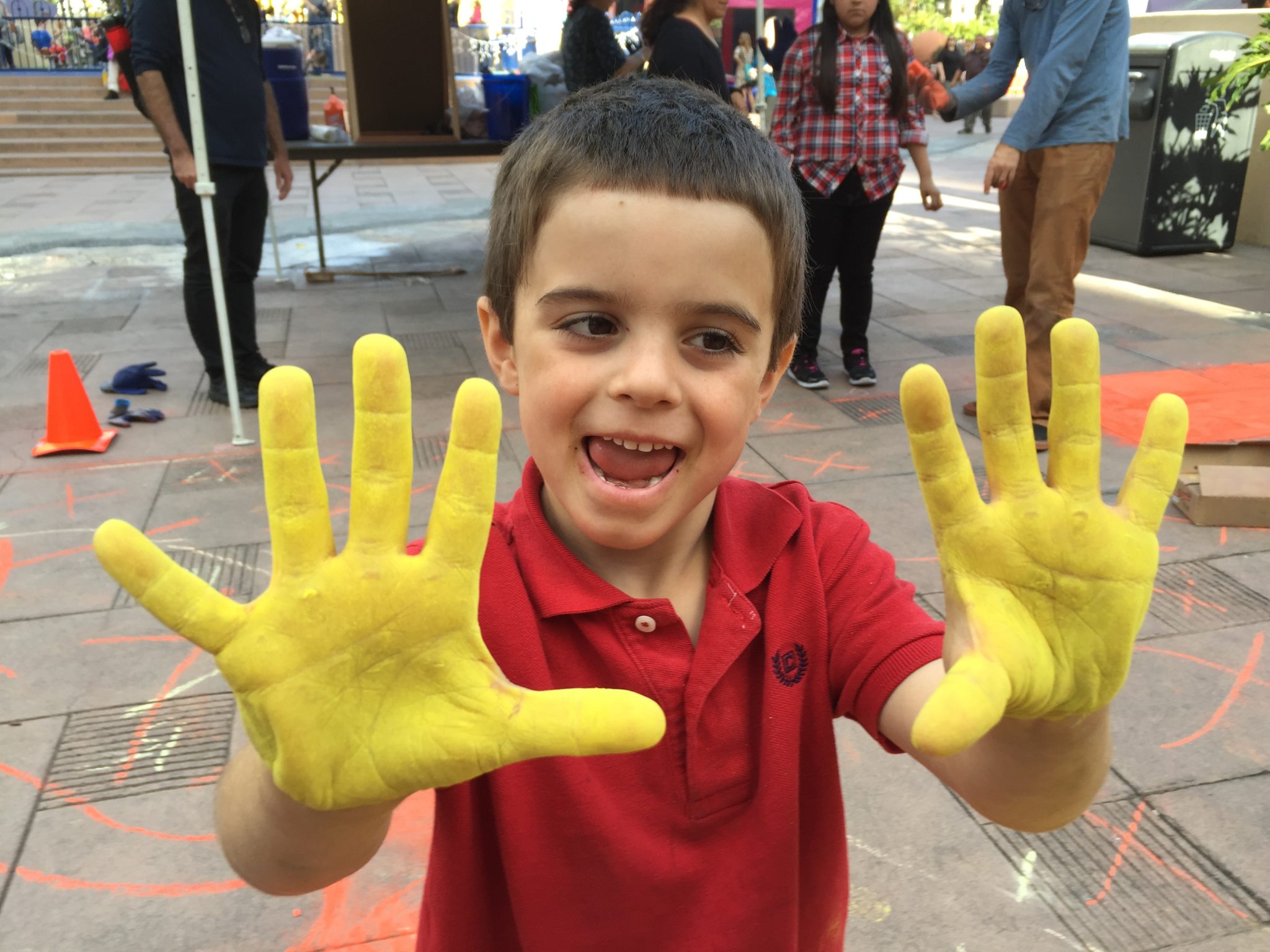