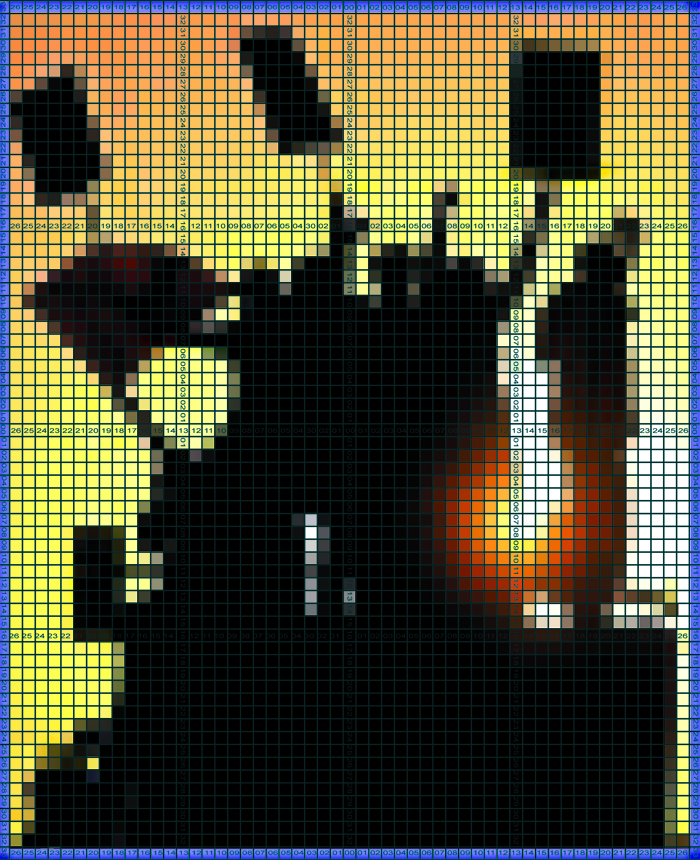 Pixelated art map I made back when that was my technique 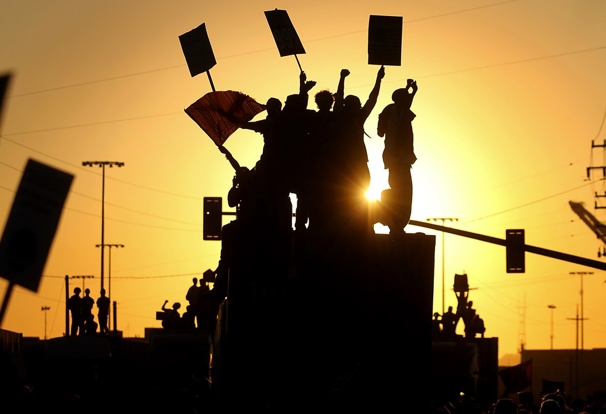 Photo I used from the web

Chalk from a photo of protestors up on rigs at the port. No words. This was an attempt to chalk one of the famous, sunset photos of OO’s November port closing. It was a nostalgic image and a first attempt at blending. The chalk does not have enough gradations of color to really achieve a good gradient. It’s a challenge we still struggle with. This was the first time that someone took a photograph from a high floor of one of the buildings that surround the plaza. 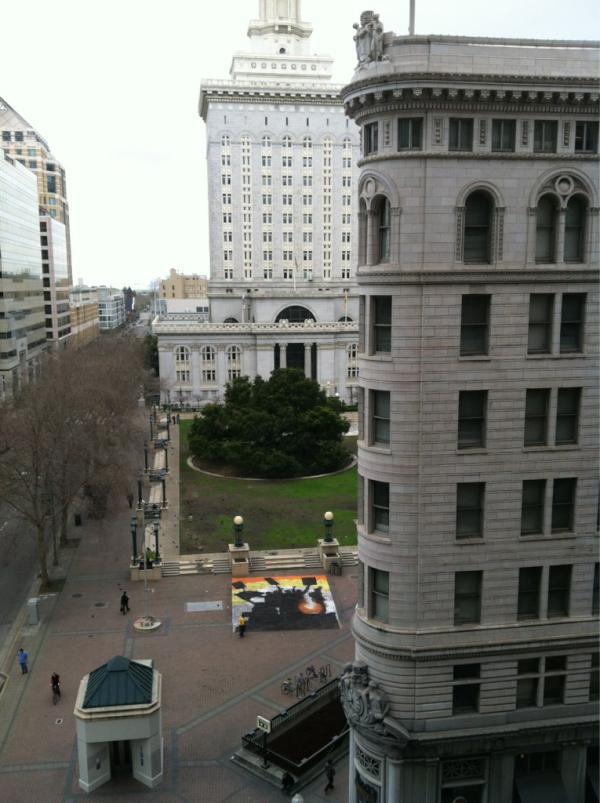 It was great to see from an angle like that and we were really excited when somebody posted it on our Facebook page. By now there was a Chalkupy Facebook page as well as a Twitter account in addition to what we were posting on our Fresh Juice Party page and Facebook. We were also encouraged by the nice comments that people made. They said we were getting better which motivated us to continue to get better. 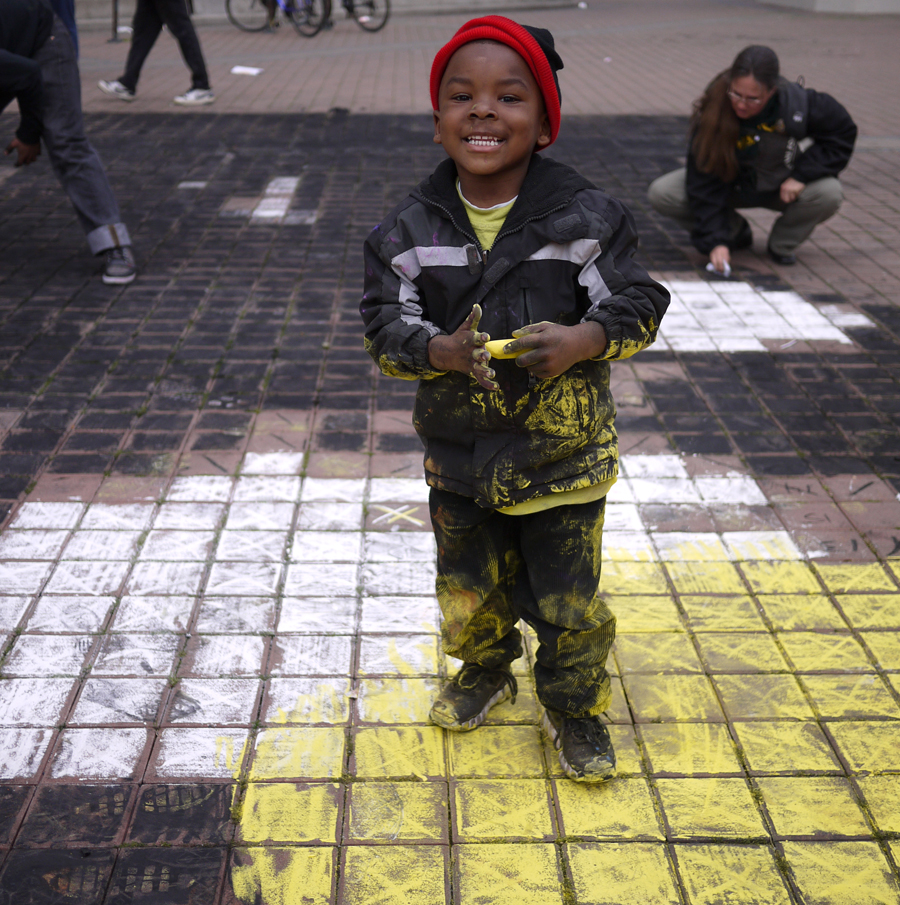