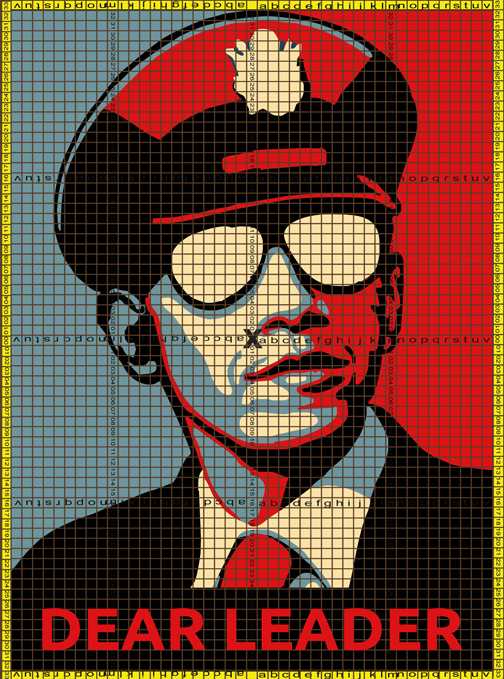 This was a take-off on Shepherd Fairey’s iconic red and blue Obama portrait with the “North Korean” tag line: Dear Leader. 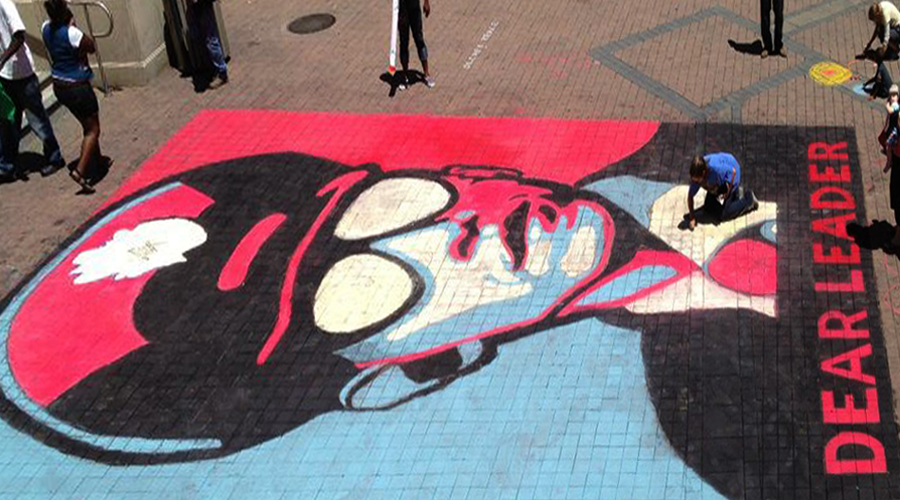 This was a special, weekday Chalkupy in honor if our “Dear Leader’s” most recent fund-raising visit too the Bay Area. I copied one someone had done with Obama decked out al Comandante style with my own reference to Kim Jong Il’s misleading misnomer. There were city workers with power washers cleaning the square of our Chalkupy that morning when we arrive at 9 AM. Overnight there had been a HUGE chalkupation courtesy of Brave New Voices, a visiting group who had literally covered then entire plaza with slogans overnight. 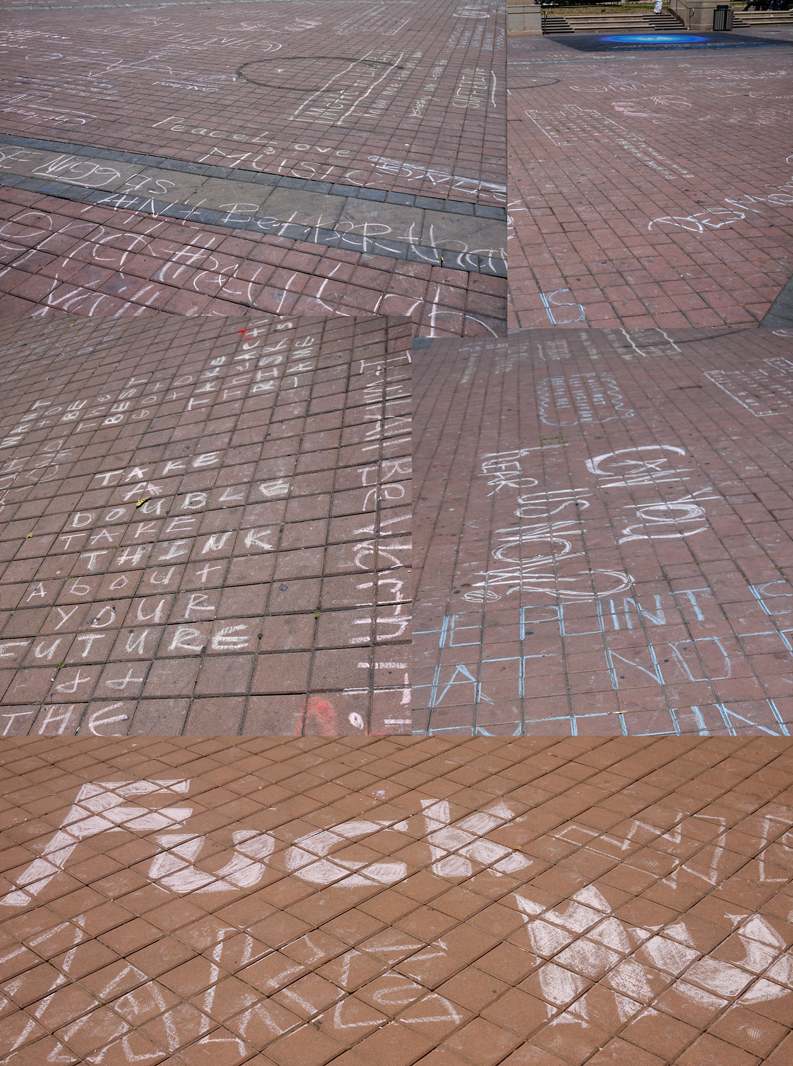 The spray guys were not in a good mood. There must have been some kind of pressure from above because normally they didn’t seem to care that much. When he saw us coming, one of the workers re-wet the area we use although he had already cleaned it, just to keep us from chalking there. We were willing to wait and in the meantime went up and down Broadway chalking “Where’s Our Change?” Our return was just a little too much for the guy and resulted in me being sprayed by his power-washer which can kill someone and so is technically assault with a deadly weapon. 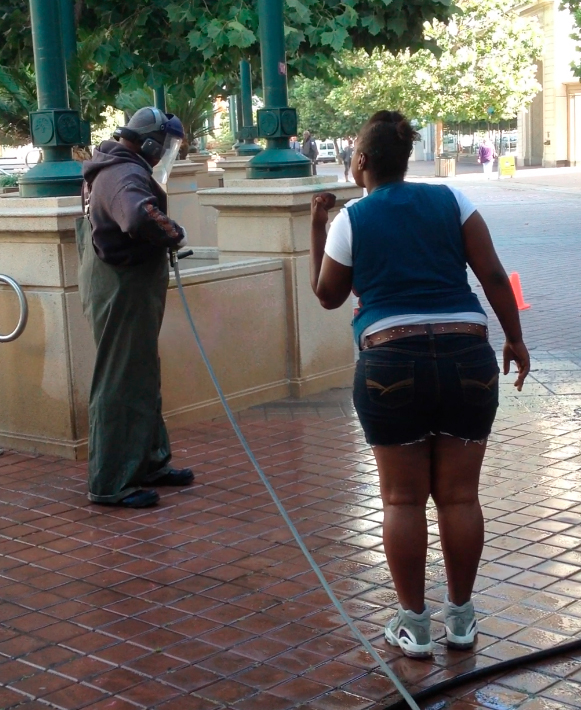 Monique yelling at the Spray guy for spraying me

I called the police who helped him get his story straight, gave him a card, presumably in case he needed help if I pressed charges, slapped him on the back an left. 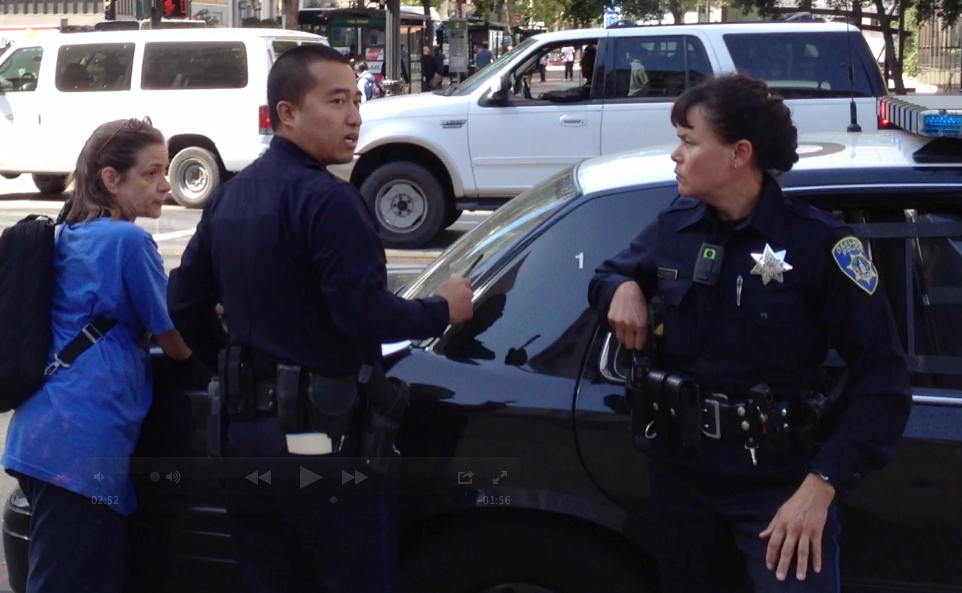 Complaining to the Cops

The incident had left him nervous however and after promising to press charges, I was able to finally start the drawing which came out really nicely if I do say so and went down really quickly as well. Lots of Medical Marijuana protesters were there. Josh dressed up like a pot leaf and Teardrop dressed like a cross between a train conductor and Uncle Sam with giant doobie. 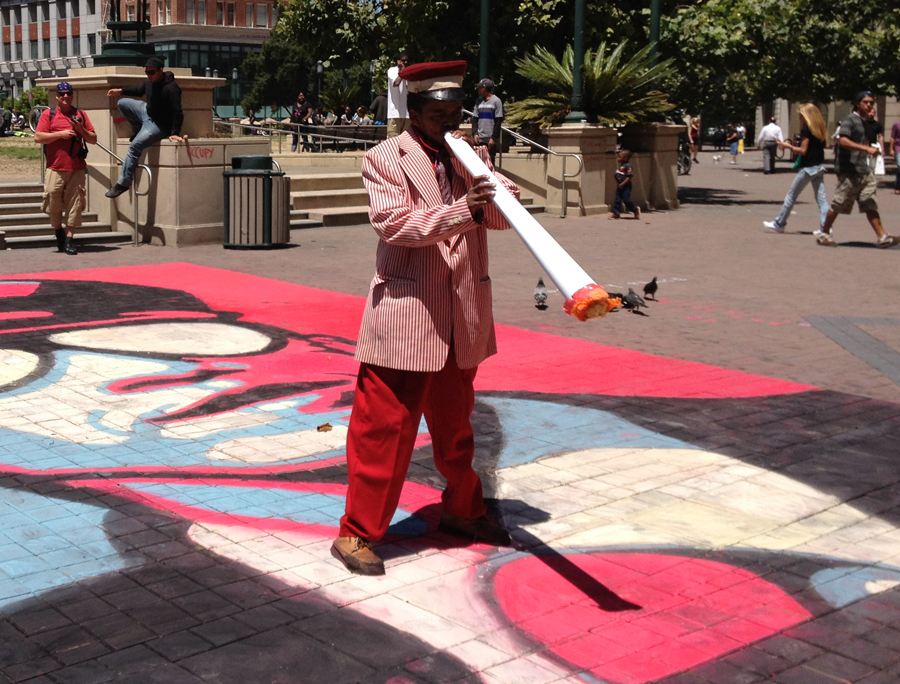 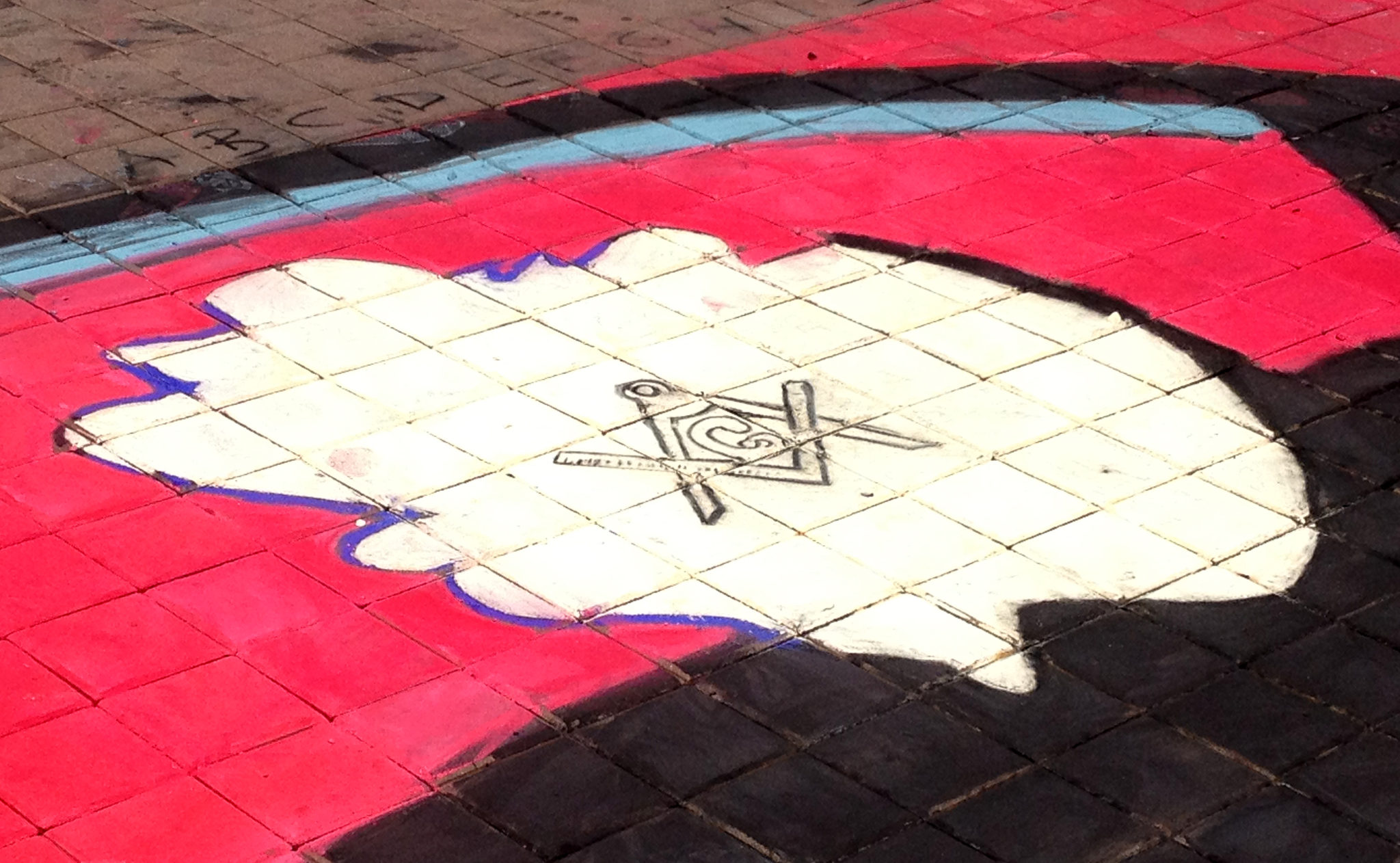 The next week the spray guy came over and asked if I was mad at him. I said “no” and after that we became friends. They guys would leave our chalks up extra days and even bring their wives to see them. 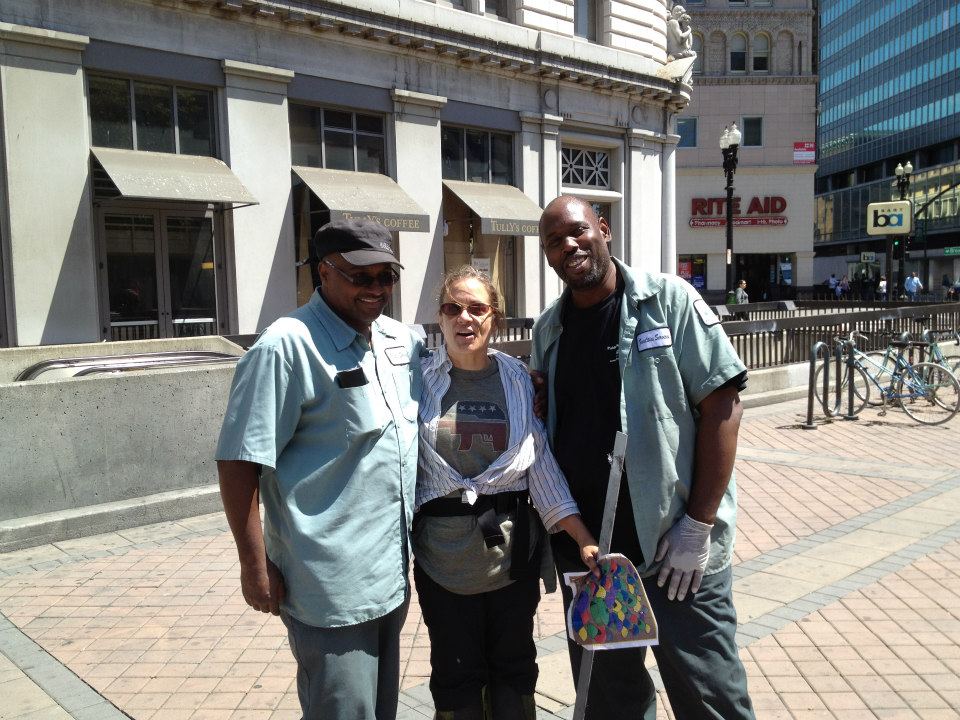 Me with the spray guys.