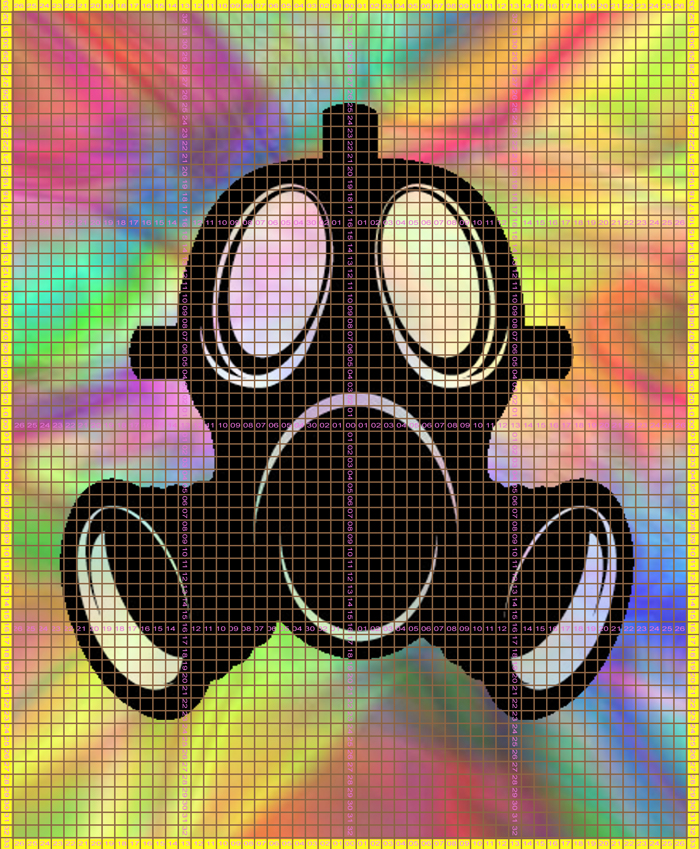 Picture of a black gas mask with gas-like lurid colors in the background. Some consider a gas mask a de rigueur Oakland protest accessory. I have one and for a while I carried some swimming goggles in case I ran into any more teargas on a random errand. Just to clarify, since someone asked me: it’s the police tear-gassing the people, not the other way around. It’s the blindness that I worried about most, perhaps being crushed in a scuffle because I couldn’t see where I was going. Oakland’s pioneering of shields has garnered a lot of attention along with the masks. 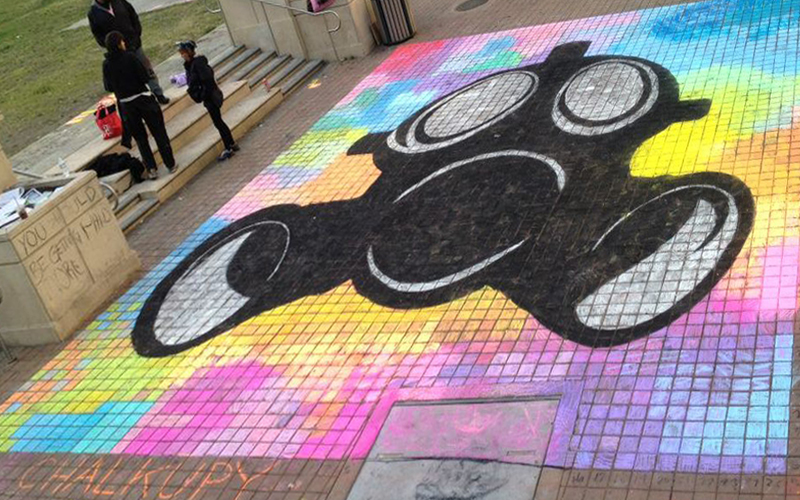 Some people view the shields as weapons. I don’t. I think a sword, a knife, a gun, those are weapons, a shield is often a weapons accessory but more because of an opponent’s weapon as there is not much you can do to hurt someone else with protective gear. This is similar to the state referring to property destruction as violence which then justifies state violence which is actual violence against people, as opposed to “violence” against windows. 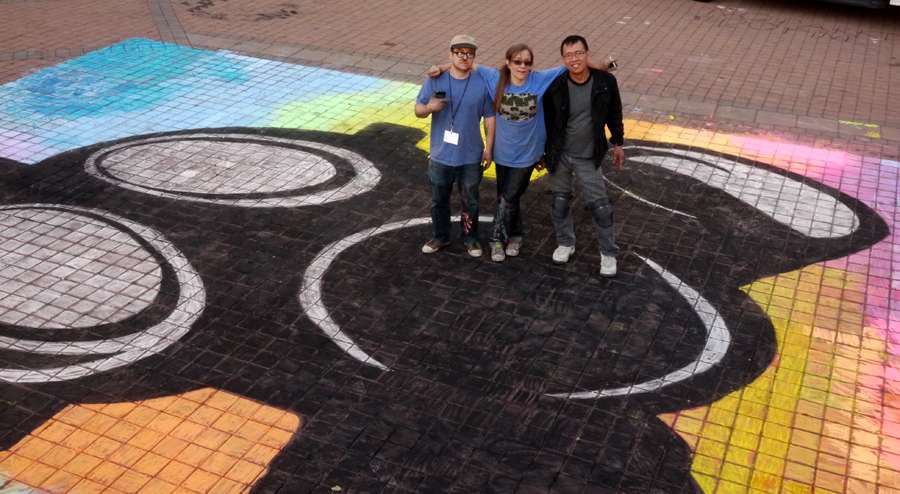 The mask presented a real challenge to make all the ovals look good. Remembering an old billboard painter’s trick I searched the web, relearned the trick and Chris made a tool for the purpose which consisted of two cylinders at a fixed distance and a long loop of string. Since we didn’t have that much of any one, single color of chalk, I decided to make the background lurid and gassy, allowing people to choose their own color and interpretation. 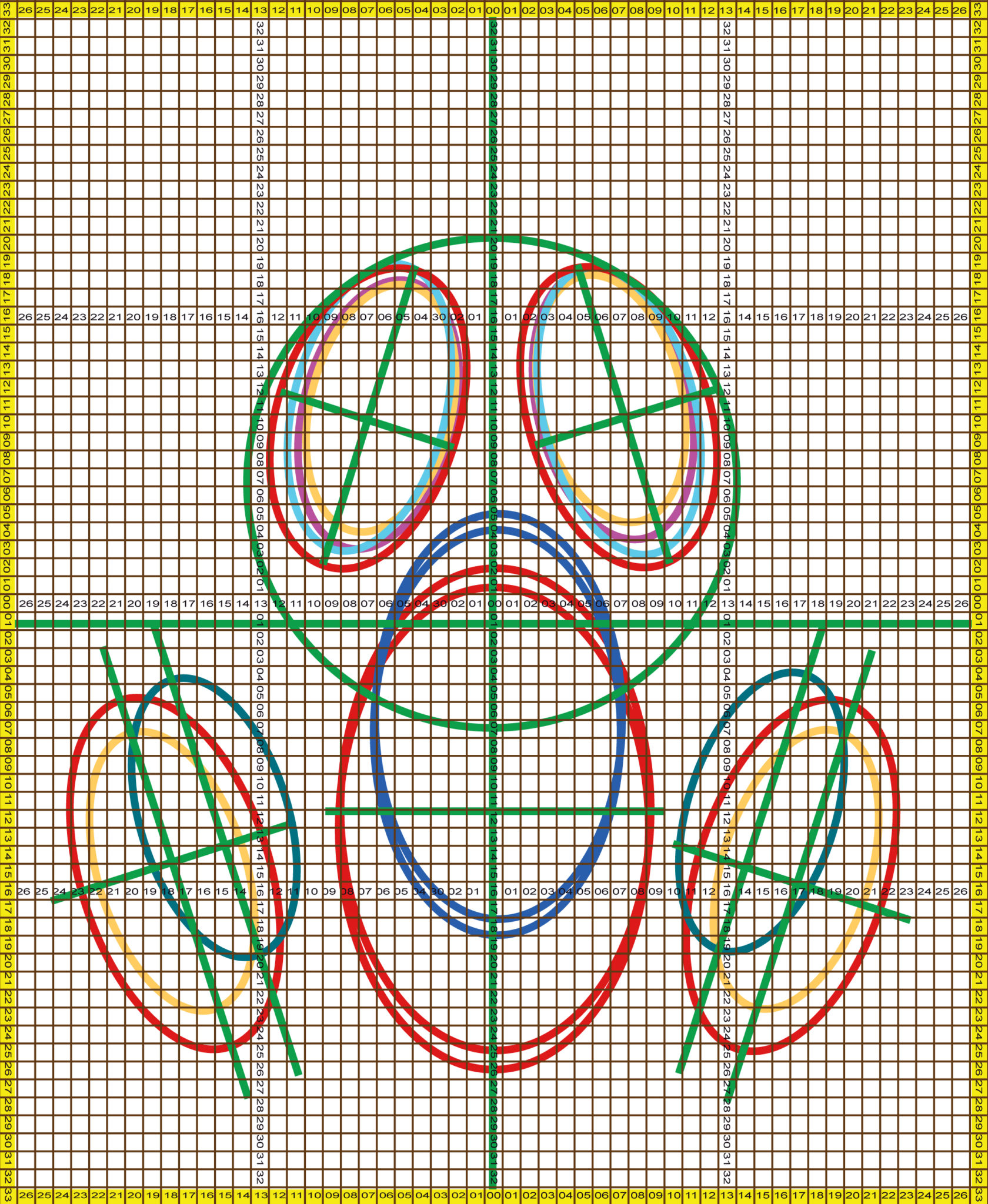 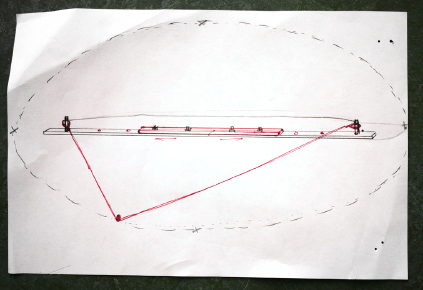 By now though Foxx, Josh and Monique had become regulars, soon to be joined by Kris K, Bud, Barbara, Torricka, Scooby, Theresa, Isaac, Melvin, Lady G, Tamarr, Pastor Preston and others. People were showing up regularly on Fridays. This was lucky because after all those physically exhausting ovals, the hard chalk might eventually have caused us to give up, had we not so much kind help from the people we had met there in the Plaza. This design was an attempt to have fun with the available chalk colors before we found a better source. When the drawing was done a rasta guy rubbed the colors into his hair. Sorry that I don’t have a picture of that.