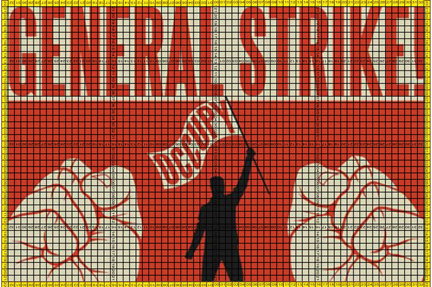 This chalk was from a poster by the designer R. Black. I cut off the bottom to make it easier and squarer. 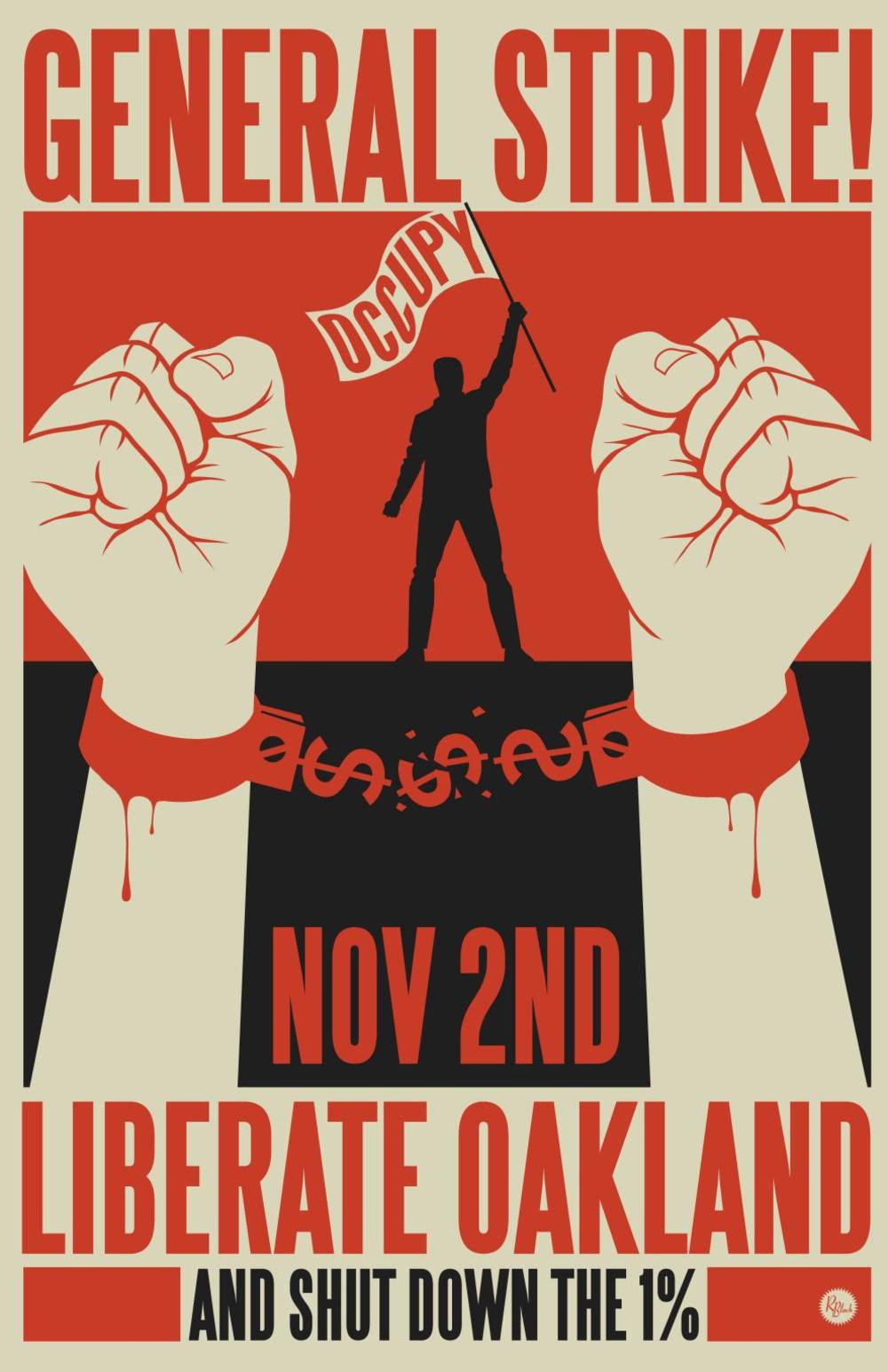 We did it for the General Strike the next day. General Strikes are when an entire city, or most of it, all strikes together. They are not common but this was the second time that Oakland had had one. This was the first time Chris L. joined us and his drafting skills were extremely valuable. Chris was hooked on Chalkupy after that. 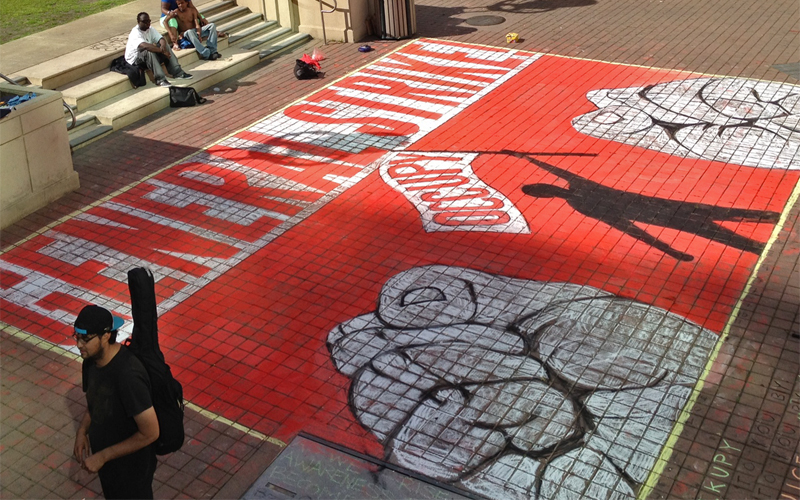 A fish-eye photo of our drawing made the SF Chronicle 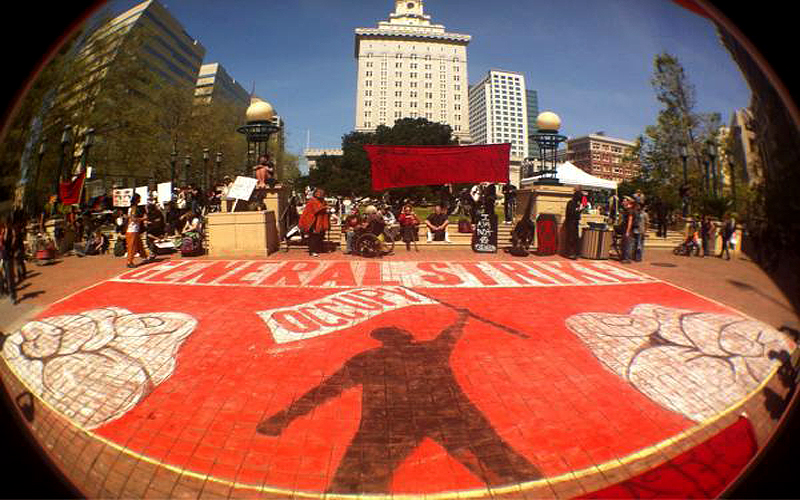 and a detail, the first page of the NY Times magazine. 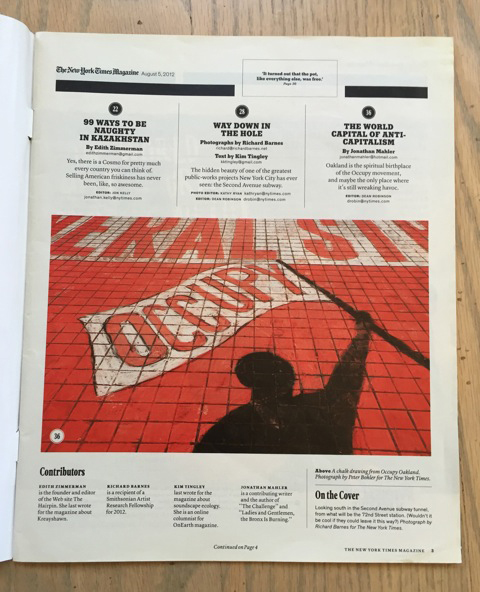 I felt bad for not crediting R. Black for the design and looked him up in order to give him a heads-up about the NYT. Neither of us were credited for the work, only the NYT photographer. 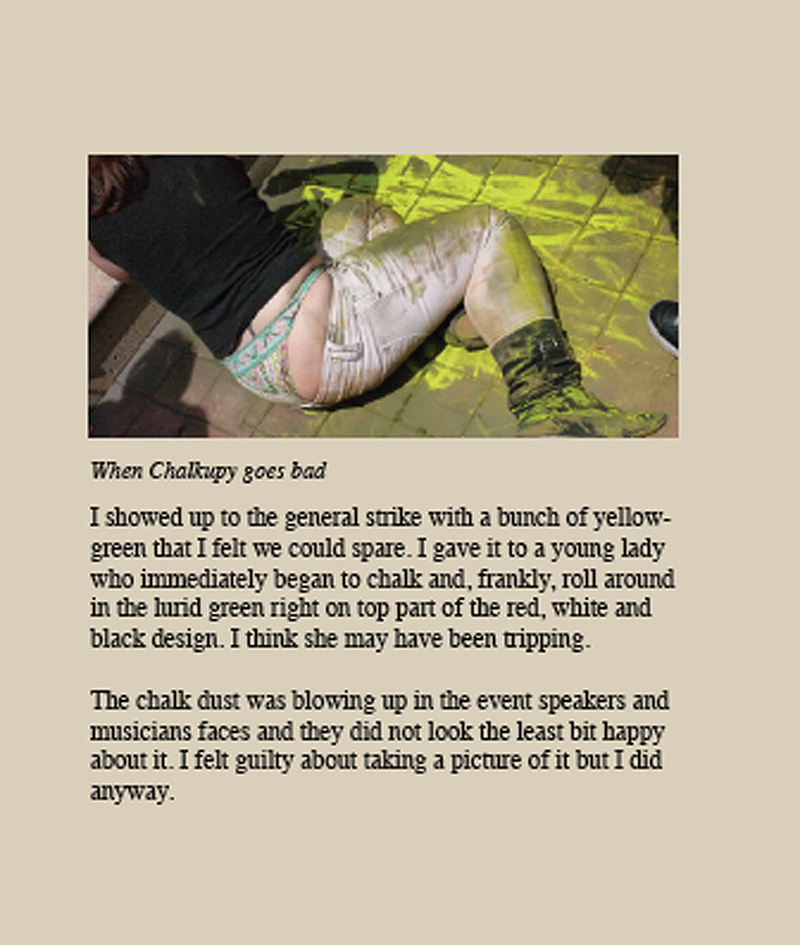