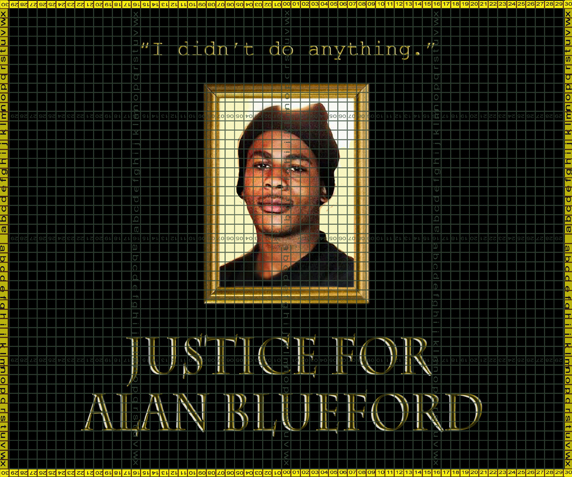 According to ABC News: Alan Blueford, 18, was shot by Oakland police Officer Miguel Masso shortly after midnight on May 6, 2012, during a foot chase near 92nd Avenue and Birch Street in East Oakland. Police initially said that Blueford was shot in an exchange of gunfire that also injured Masso, but later acknowledged that Blueford did not fire a gun and Masso had shot himself in his own foot. A district attorney’s office report said that Blueford did have a gun and pointed it at the officer, prompting Masso to fire his gun four times. The family’s lawsuit filed in July 2012 disputes that version of events, claiming that Masso shot Blueford three times after he had tripped and fallen on the ground and was on his back trying to get up. The gun police said he was carrying was found 20 feet away from Blueford’s body, according to the lawsuit. 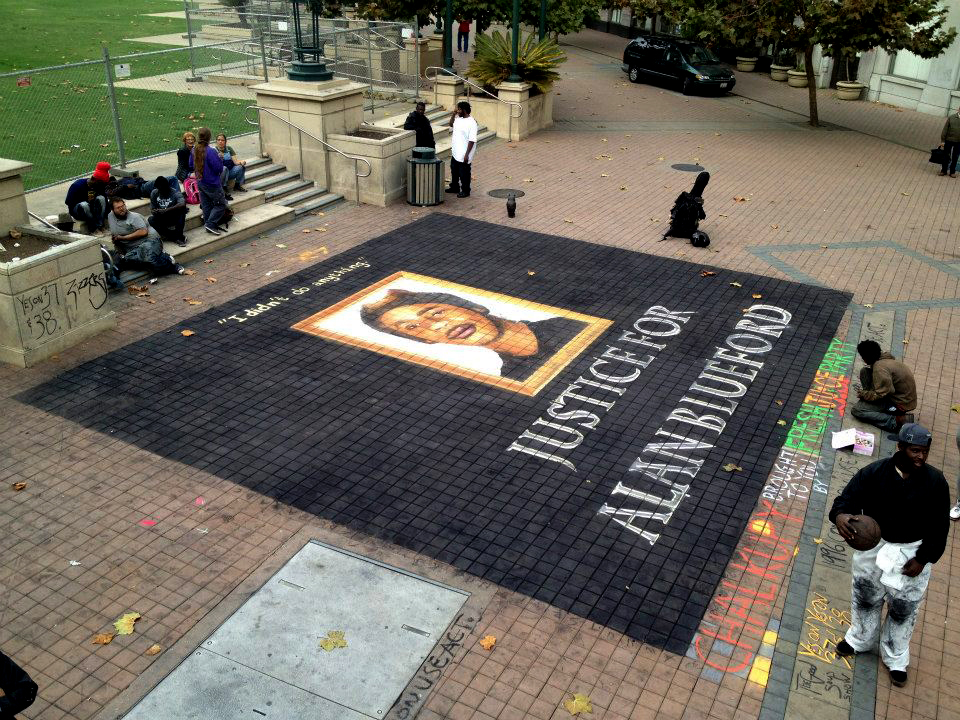 At very first my text was going to say “shot in the back” but luckily people who knew better told me Blueford actually wasn’t shot in the back and gave me his last words, which were much better. Later there was a rally for the Blueford family. 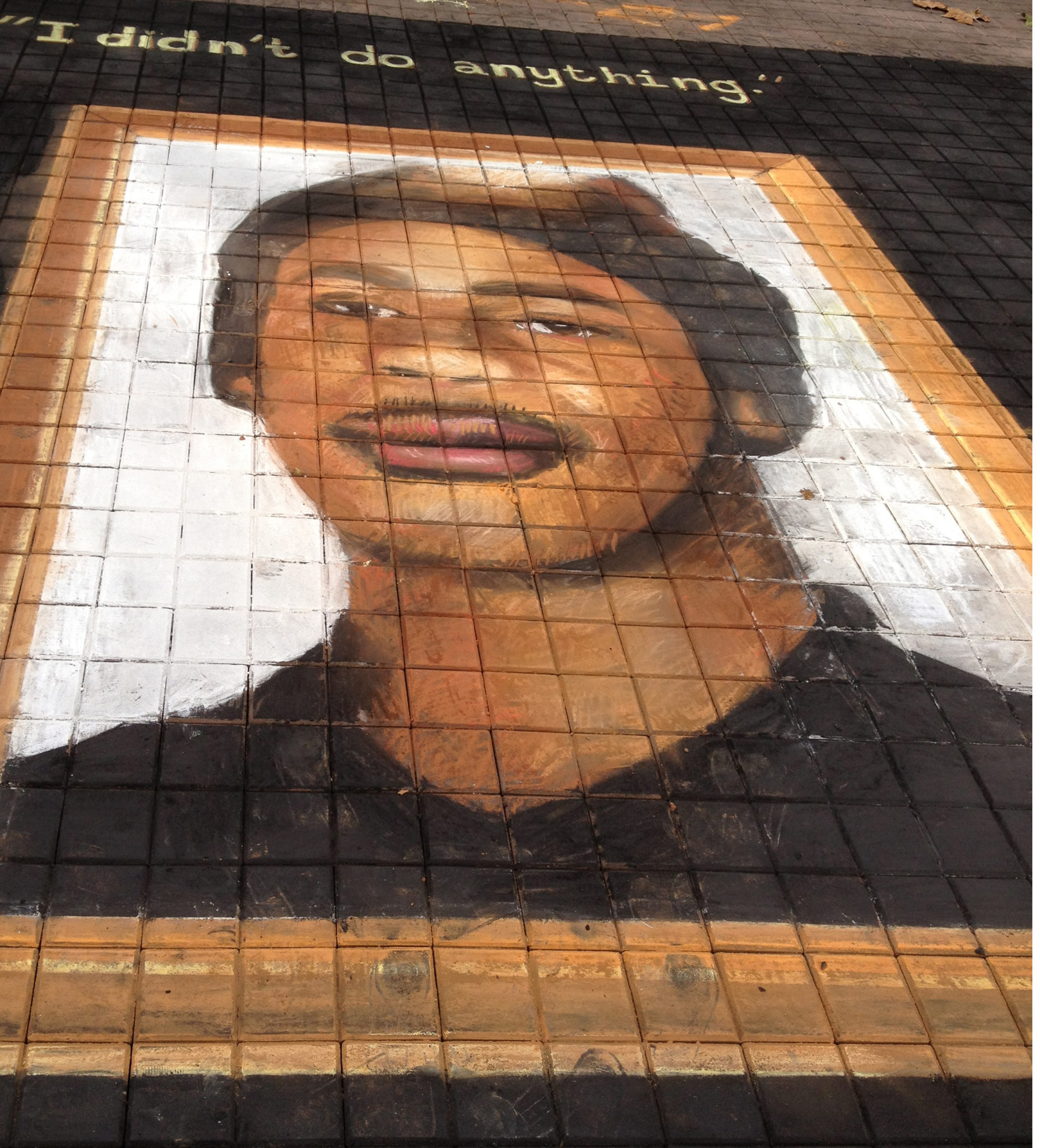 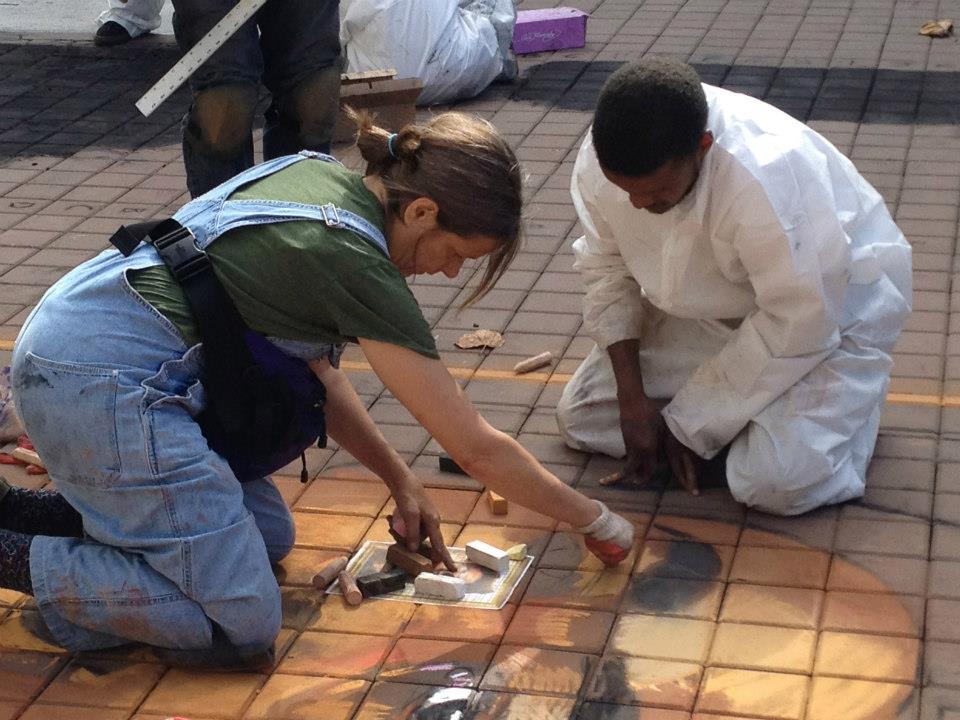 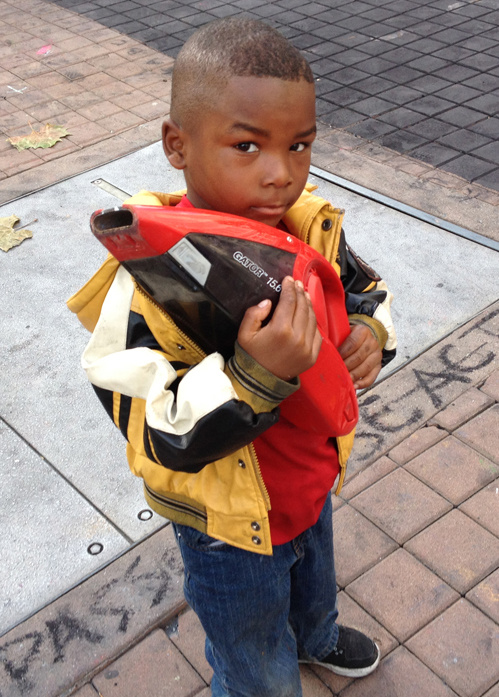 Toriano did not want to give back the dustbuster we used to suck up excess chalk dust.