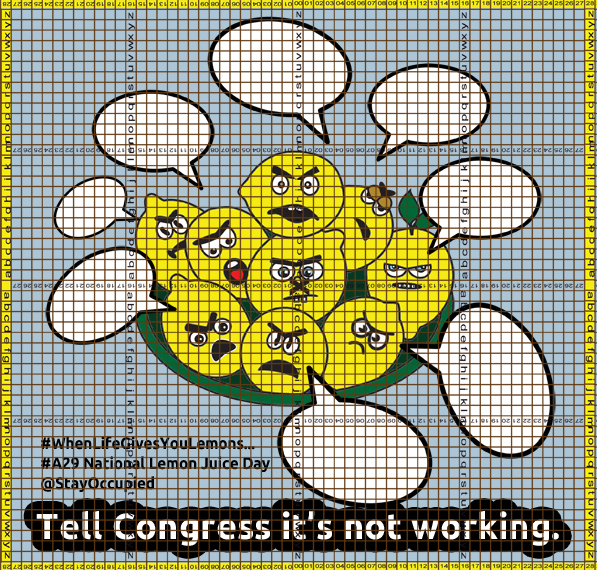 The image is angry cartoon lemons in a bowl with speechballoons that people were able to fill in at the end. We did this one at the request of our new LA friend, Melissa who was working on an action where a virtual flash mob would use instagrams to send lemon complaints to congress. 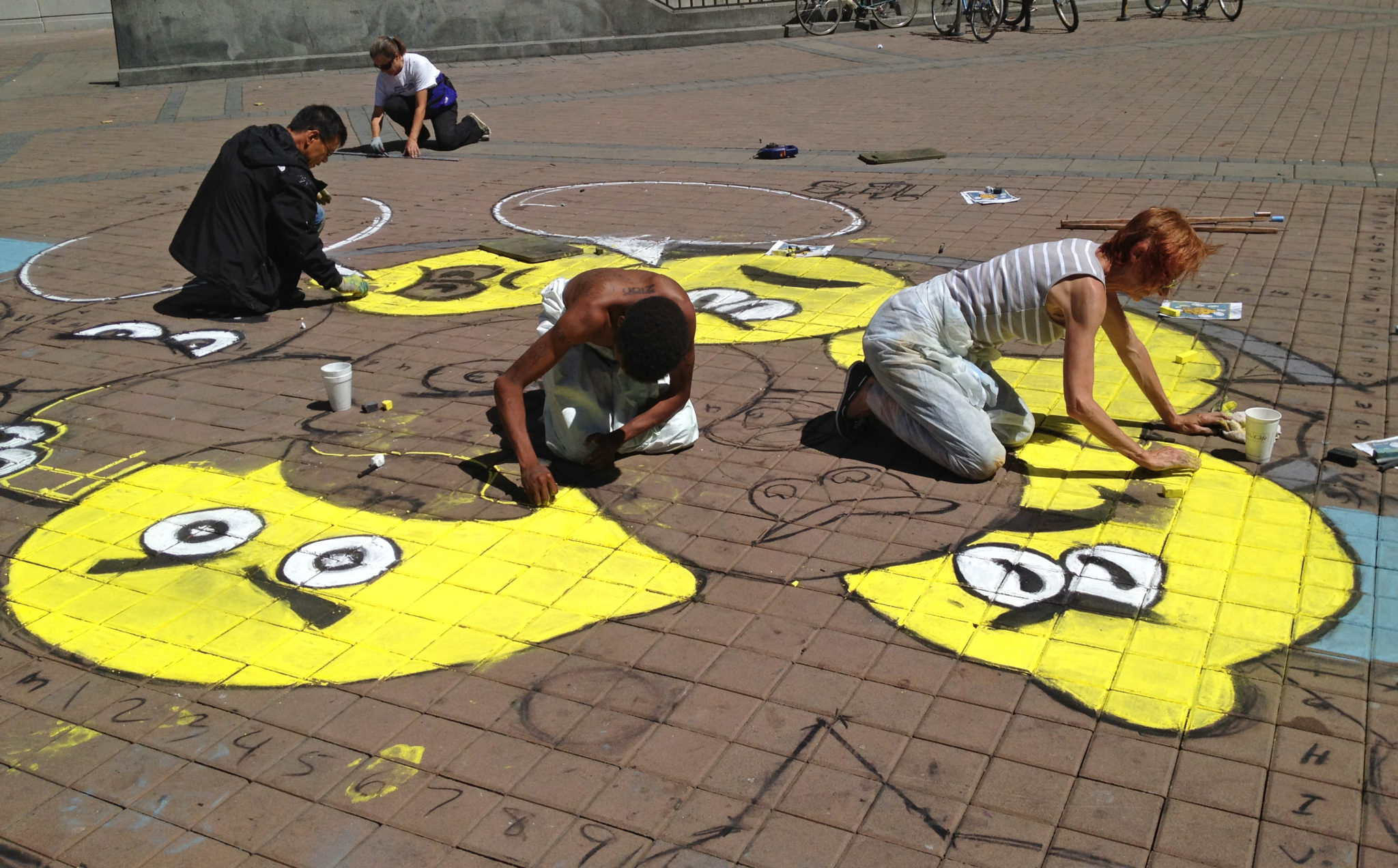 Melissa came up for the event and FJP’s Craig and Pratibha invented the “Fake Mustache Cowboy” who performed a song about lemons for our leaders. 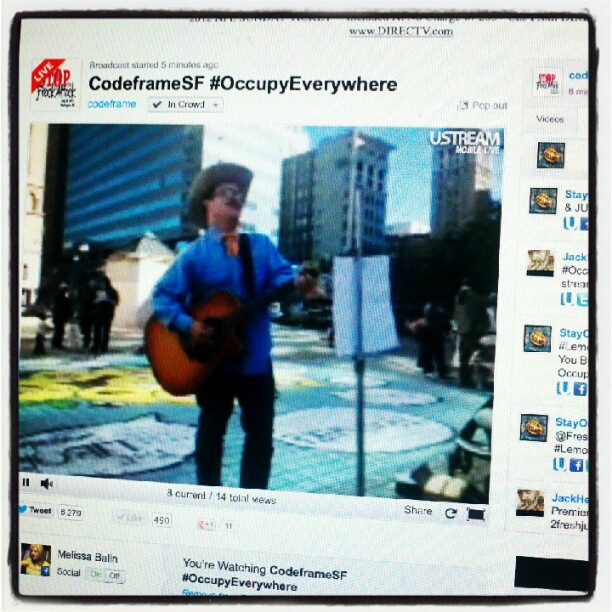 Getting back to the idea of chalk interactivity, we left the complaint balloons empty and allowed others to fill them in except for the one I felt compelled to do about all the wars. 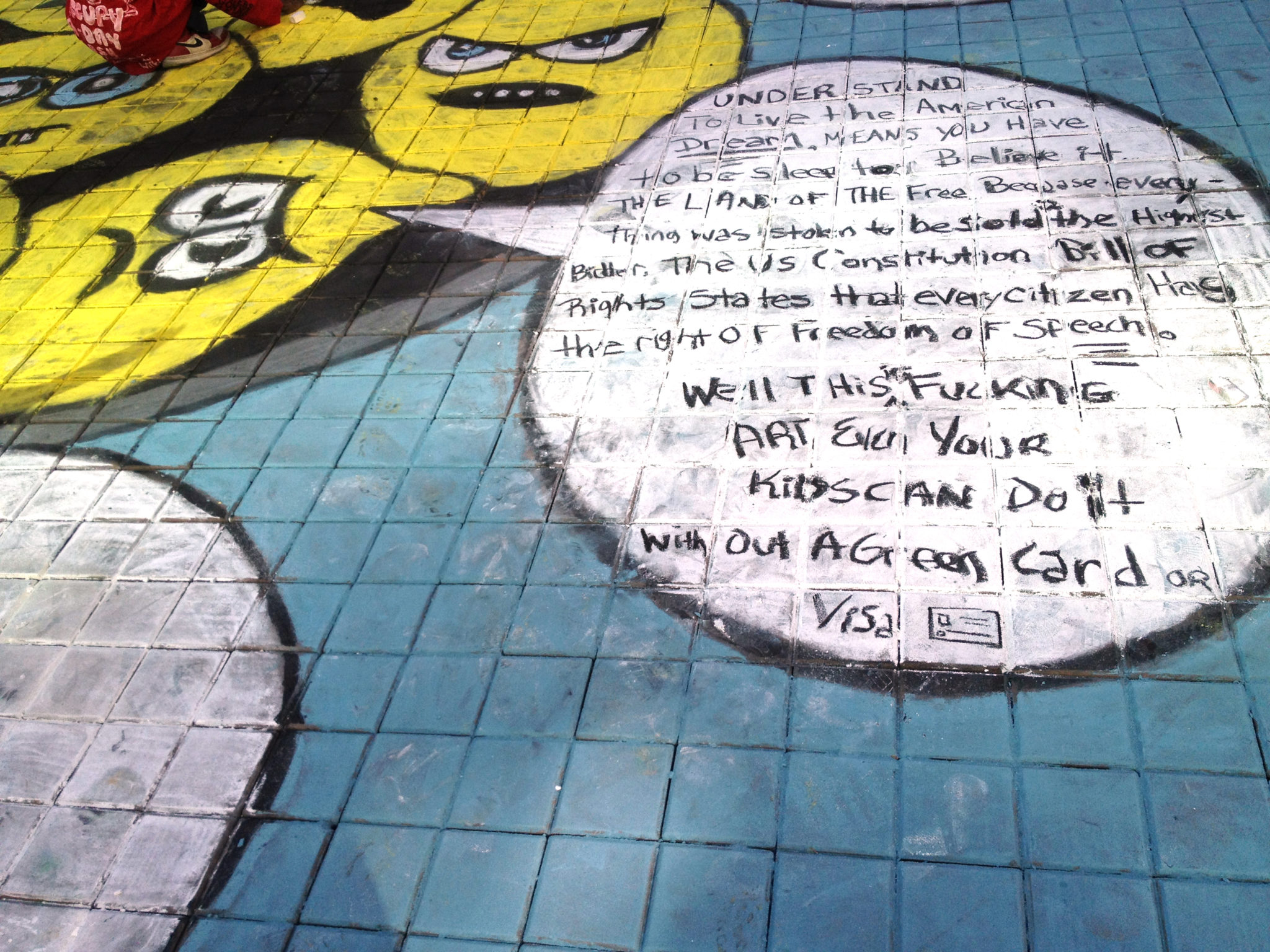 Melissa was going through an ongoing persecution by LAPD for her refusal to drop her claim on her lost property and the death of her unborn child by the rough police treatment she received when they physically hauled her out of Occupy LA. Once, later, when I was walking with her on LA streets, a cop car came up and just stopped in front of her. She says that happens to her all the time. 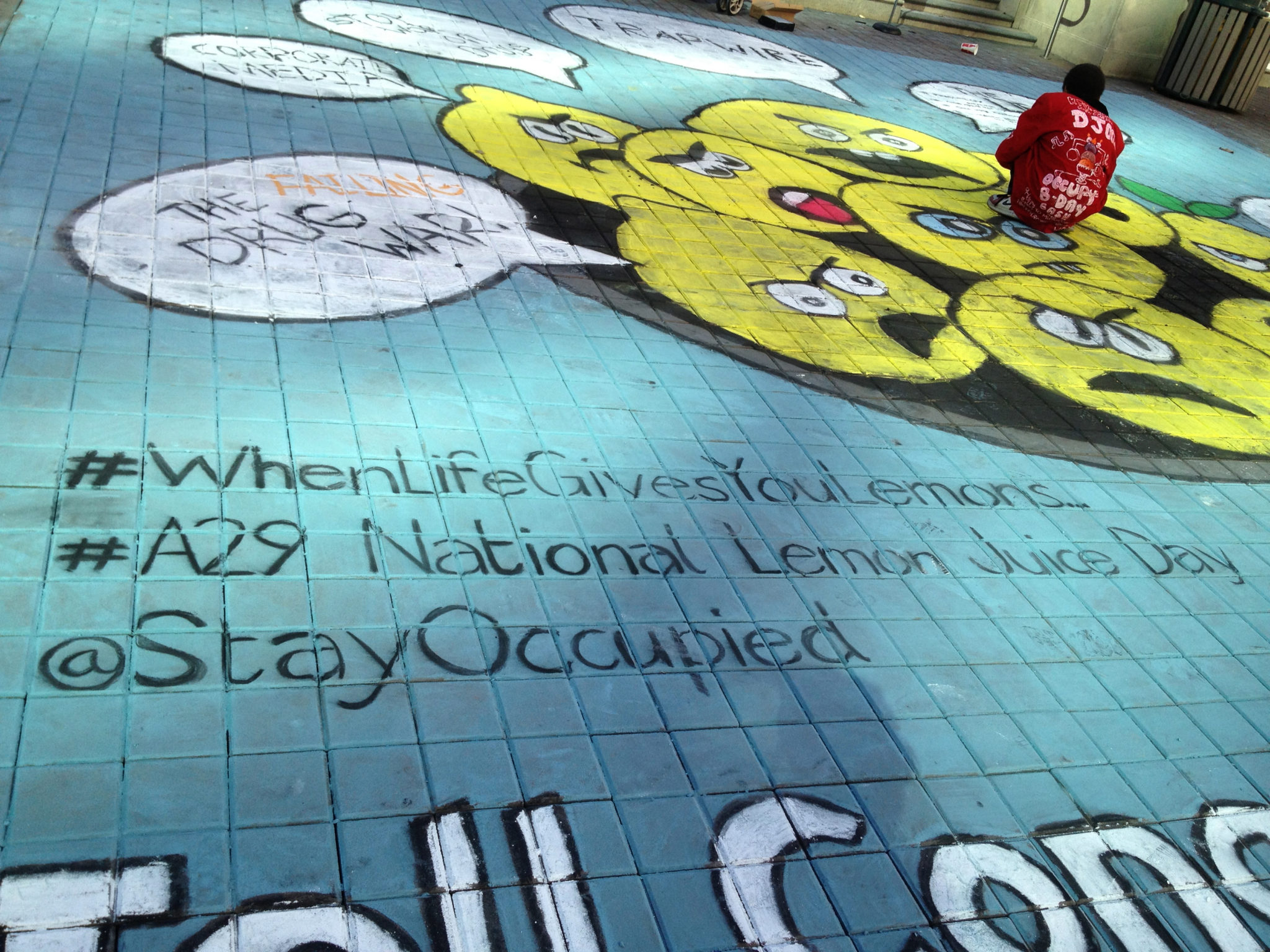 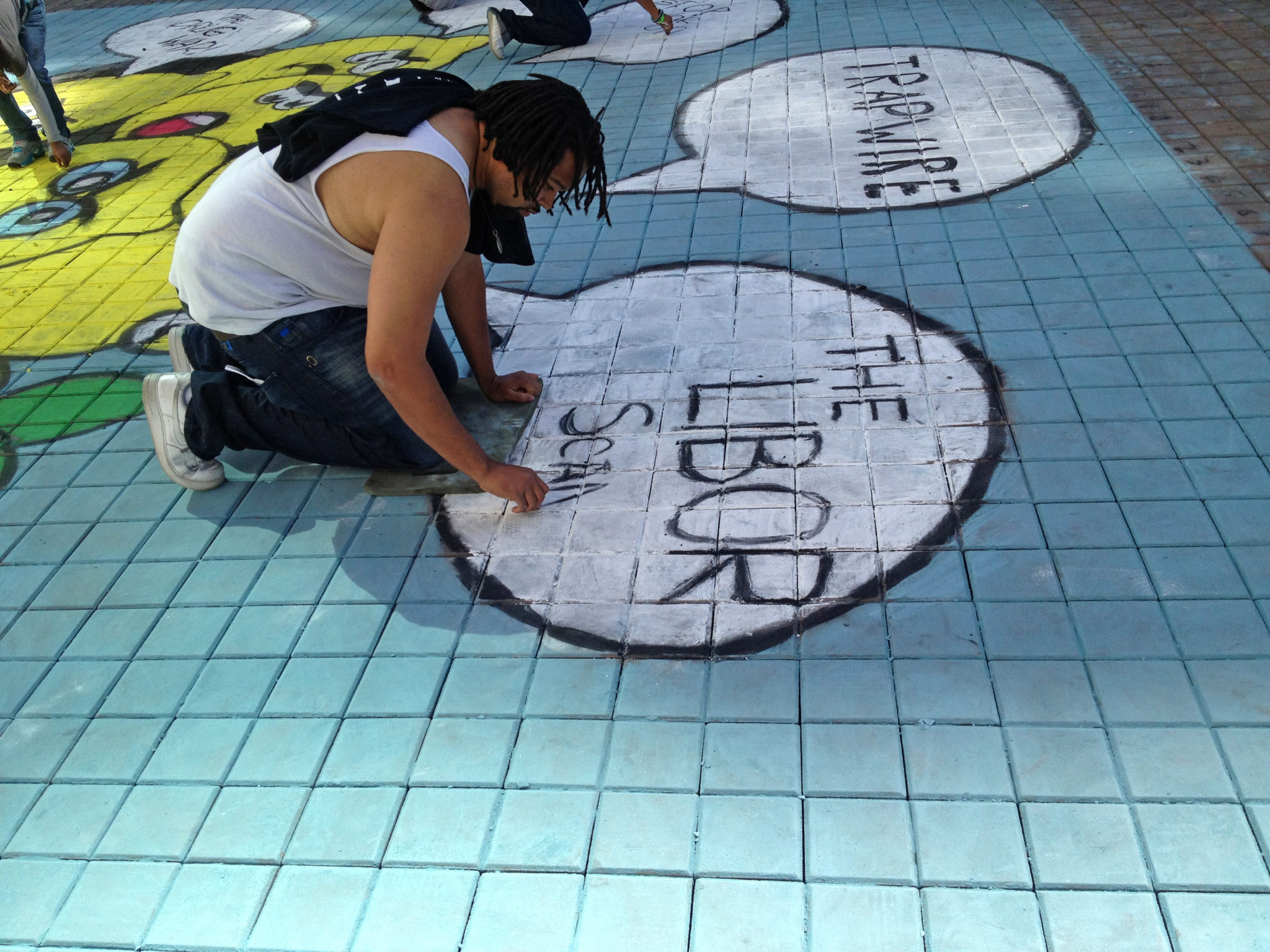