This is Monsanto’s Logo:

This was our rebrand: 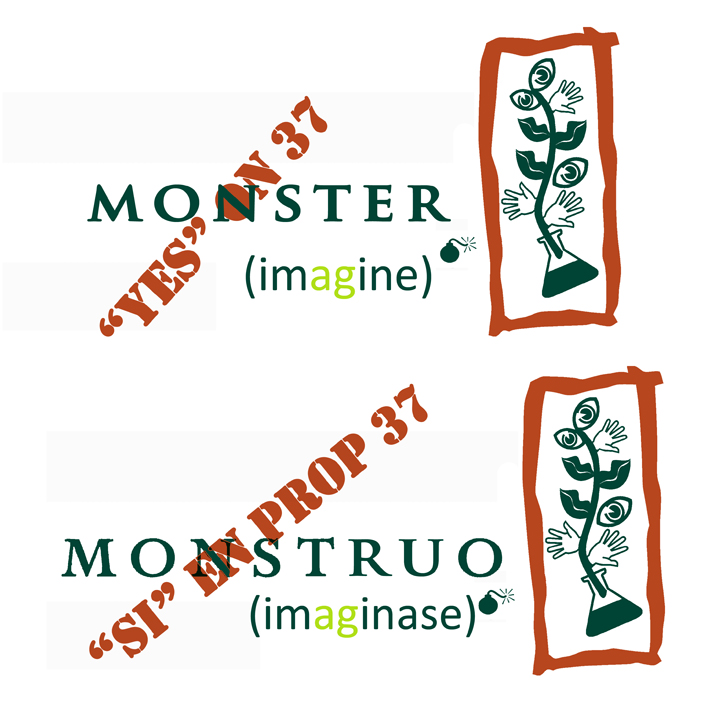 Re-branded Monsanto for Davis, Road Trip. This was in support of Prop 37 which would have required GMOs to be labeled in California. Our chalk blocked Monsanto’s driveway in Davis where they have a big lab. There was no police presence. The lab closed down for the day because of the protest. 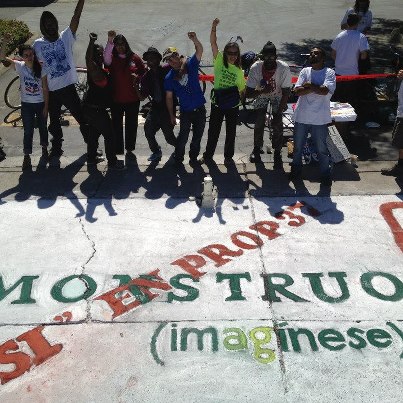 The proposition lost, probably because of Monsanto’s relentless advertising that claimed that such labeling would make food cost more. We met the lady who had promoted the legislation. It took so much of her time and energy. Our coveralls, which we used to stay clean (cheap paper ones because people walked off with the expensive ones) looked like hazard suits just by chance, which was nice. Voice of Art (www.voatv.org/) a Web TV show about political street art that got cancelled was there in Davis filming. Josh & Foxx ate tomatoes from someone’s community garden across the street and got in trouble for it. 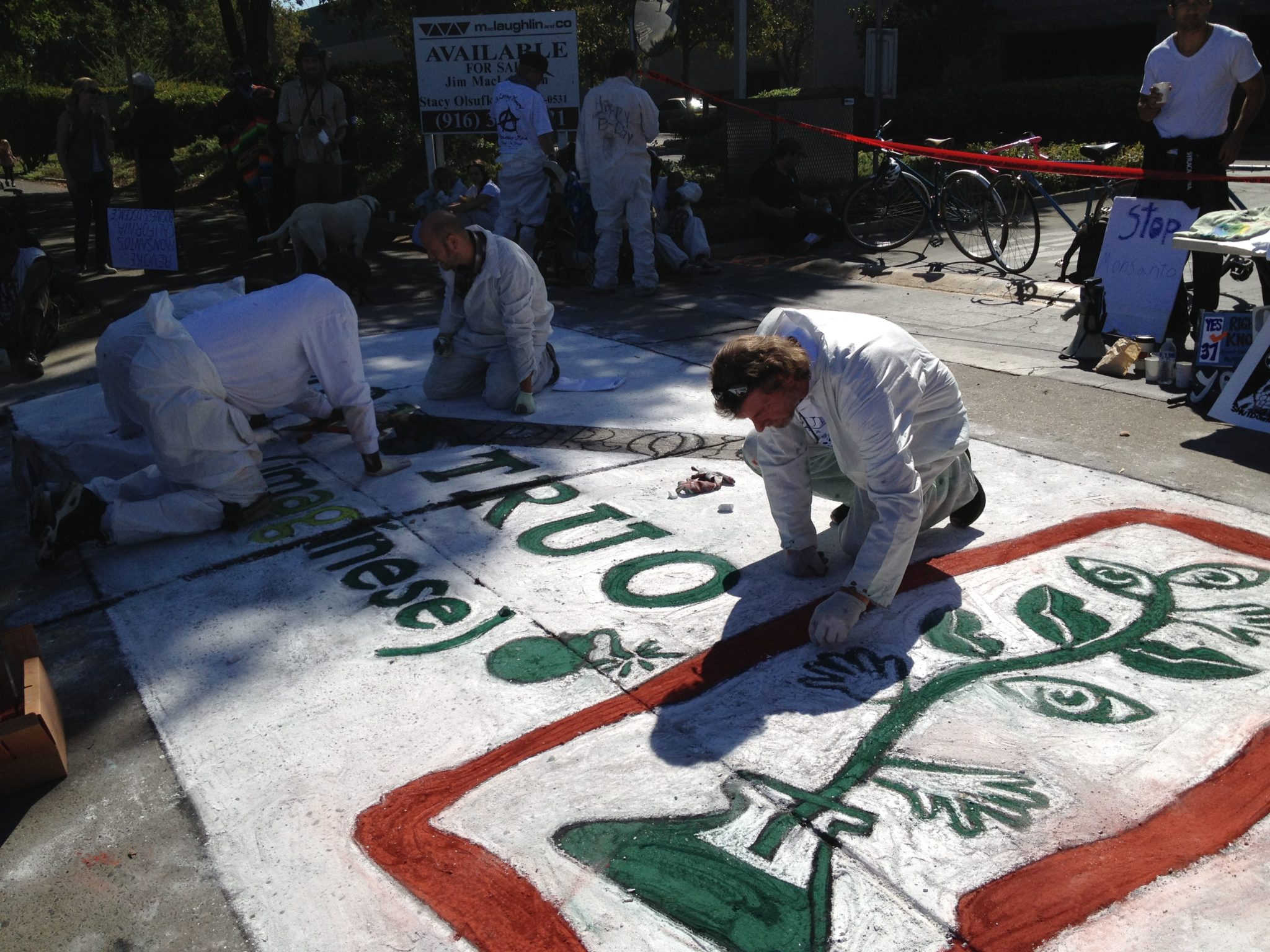 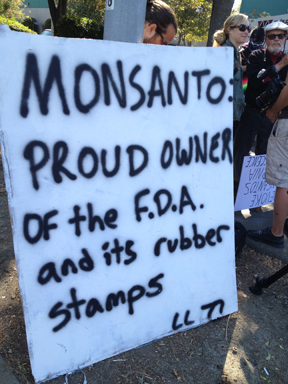 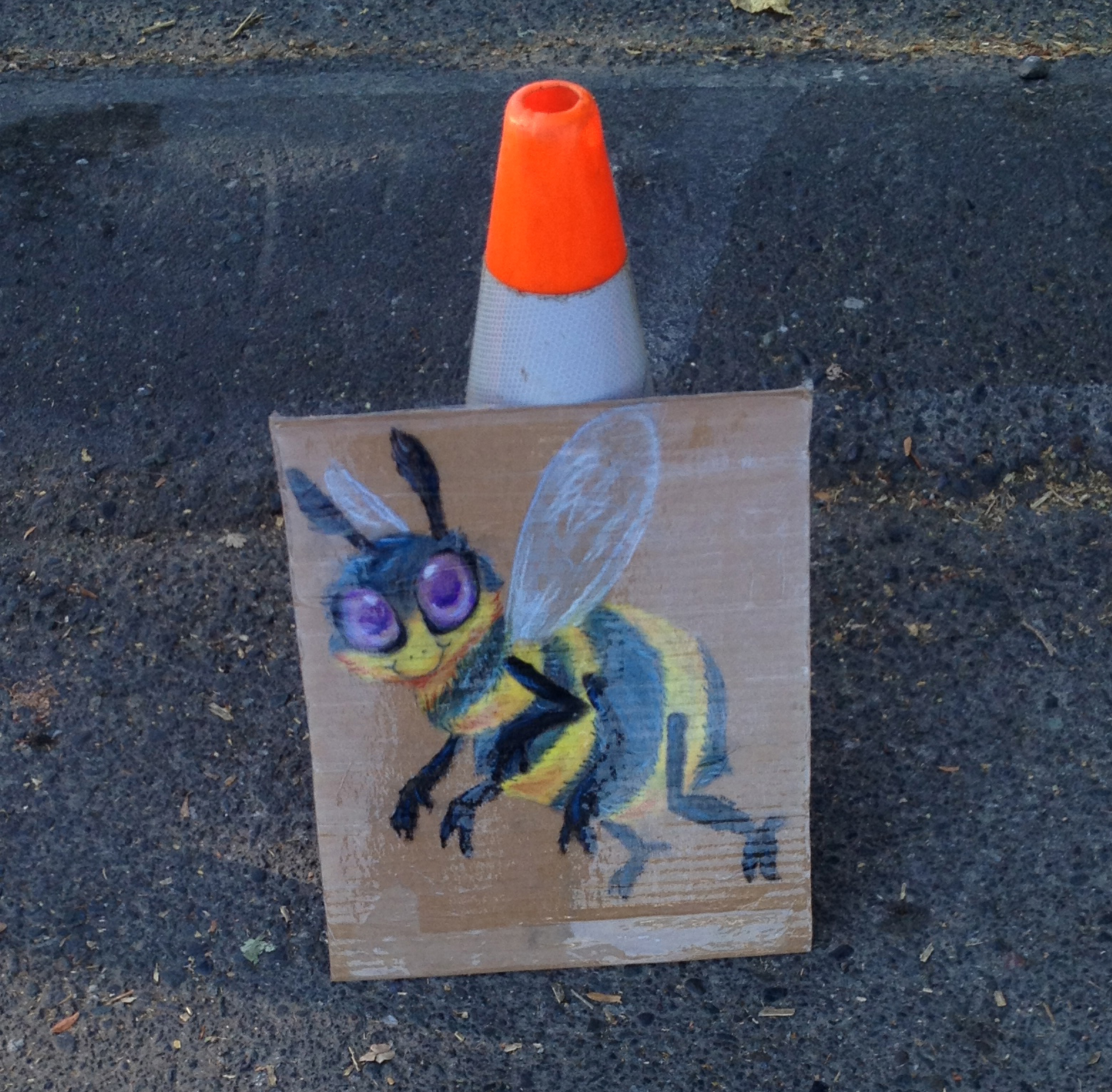