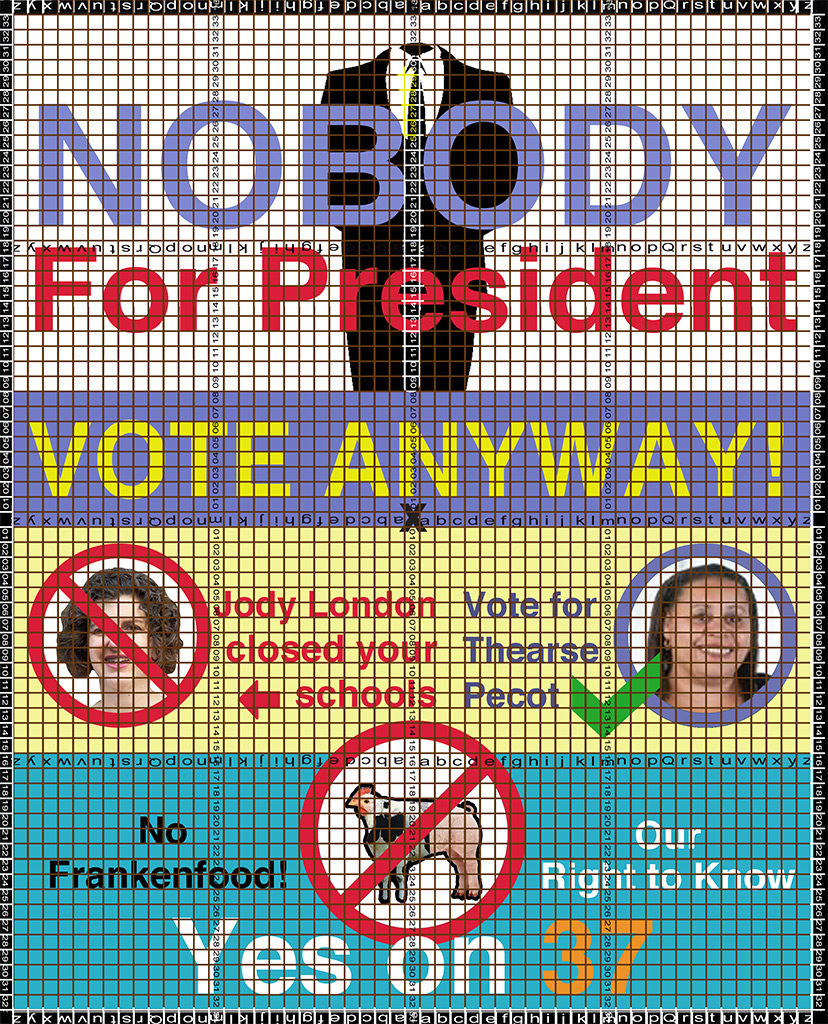 The image was the headless Anonymous suited guy, the Text: Nobody for President but Vote anyway, along with a whole lot of advice on HOW to vote. 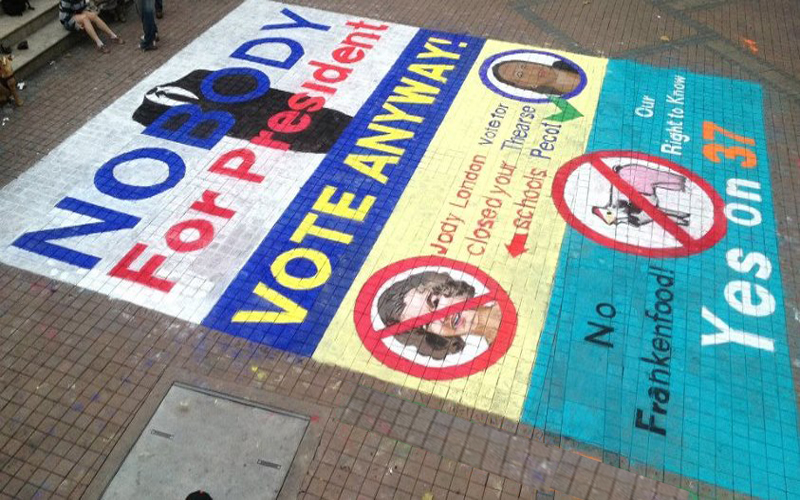 Wavy Gravy was the originator of the Nobody for President meme. It’s a great one because you can say things like: Nobody cares, Nobody will change anything, etc. Board of Education Director, Jody London (the villain of our school closing chalk) was running for reelection and we definitely wanted to pitch for her opponent, Thearse Picot. (London won anyway.) AND we felt compelled to remind people to vote “YES” on the GMO labeling Prop 37 just one moor time with a franken-food pig/chicken/ cow. (Prop 37 lost anyway.) 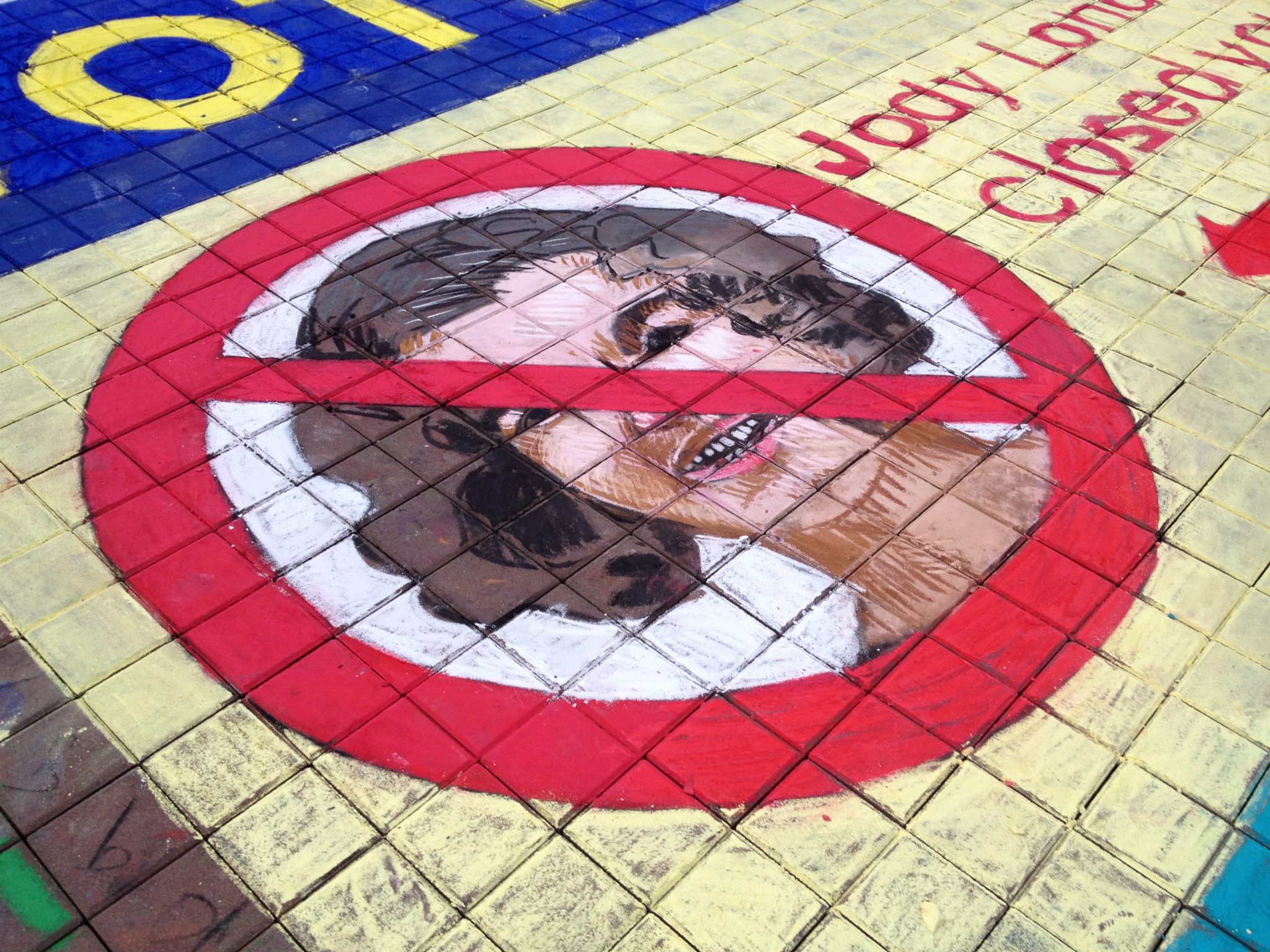 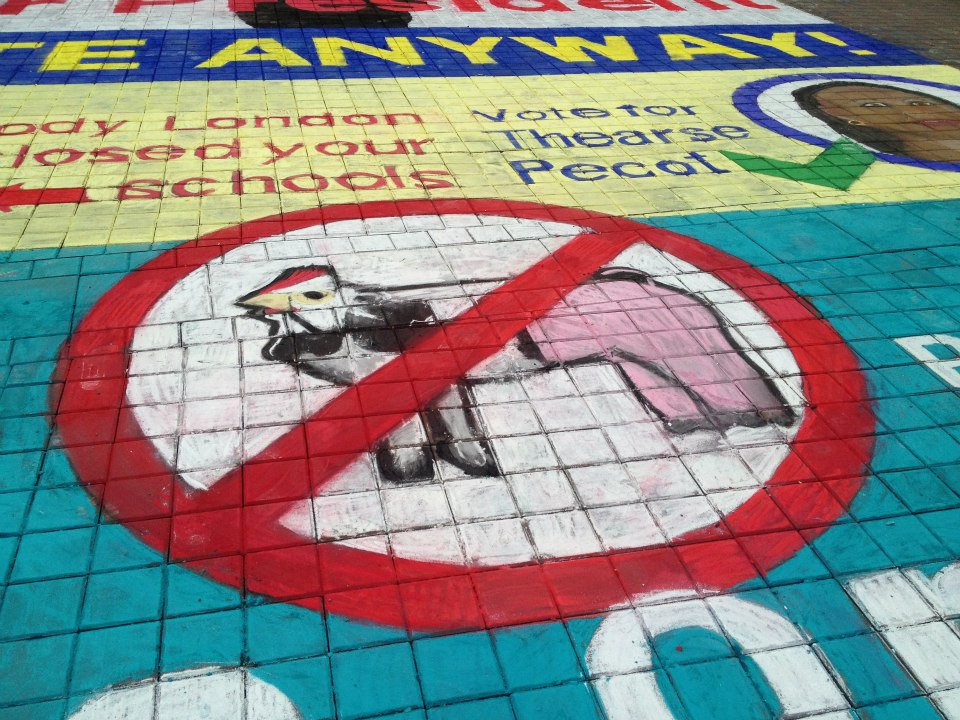 http://chalkupy.org/art/wp-content/uploads/2016/12/JOdi.jpg
This was the biggest chalk to date and certainly the most complicated. People were very tired and annoyed that it was too long. They were right