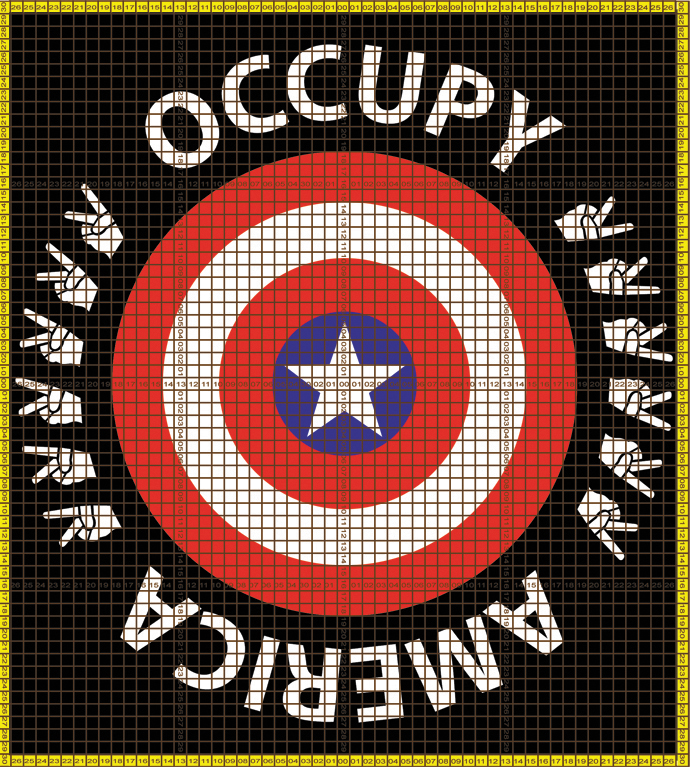 “Captain America” was a guy who had walked from Texas to Oakland in a Captain America suit. He was a well-built hero and attracted a fair amount of attention by way of his walking feat and dedication to the costume. There was more than one Captain America in Oakland but he was known as the REAL Captain America because of the walking thing and a better costume. The original design had more peace-signing hands than the final because I got tired of drawing them. 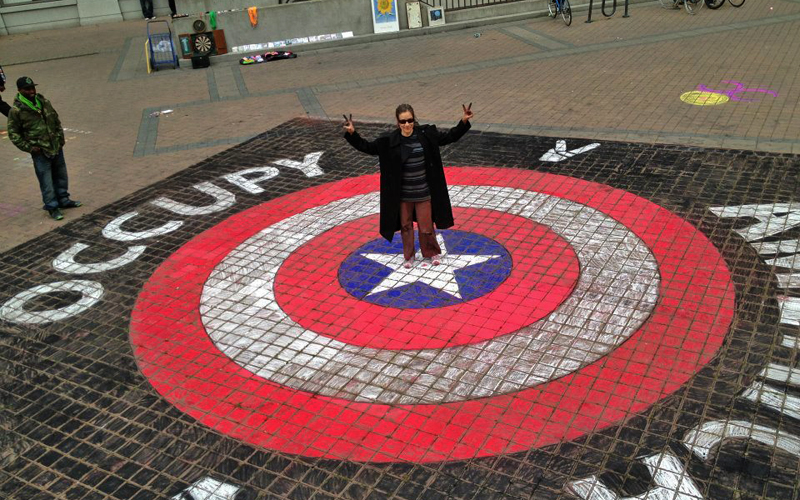 This was the first time we introduced a tool, a home-made compass for drawing the circles. It worked really well and we were super happy with the results. This was also the first time we had Prang brand chalk which had much better colors than Crayola and other more common brands.

There were only six per box so it took a lot of boxes and sorting. (Captain America later became Captain Anarchy, after I donated leftover red and black markers from our conference and he used them to get rid of the blue.) He never helped very much with chalking and he took one of my expensive coveralls so he wasn’t my hero. 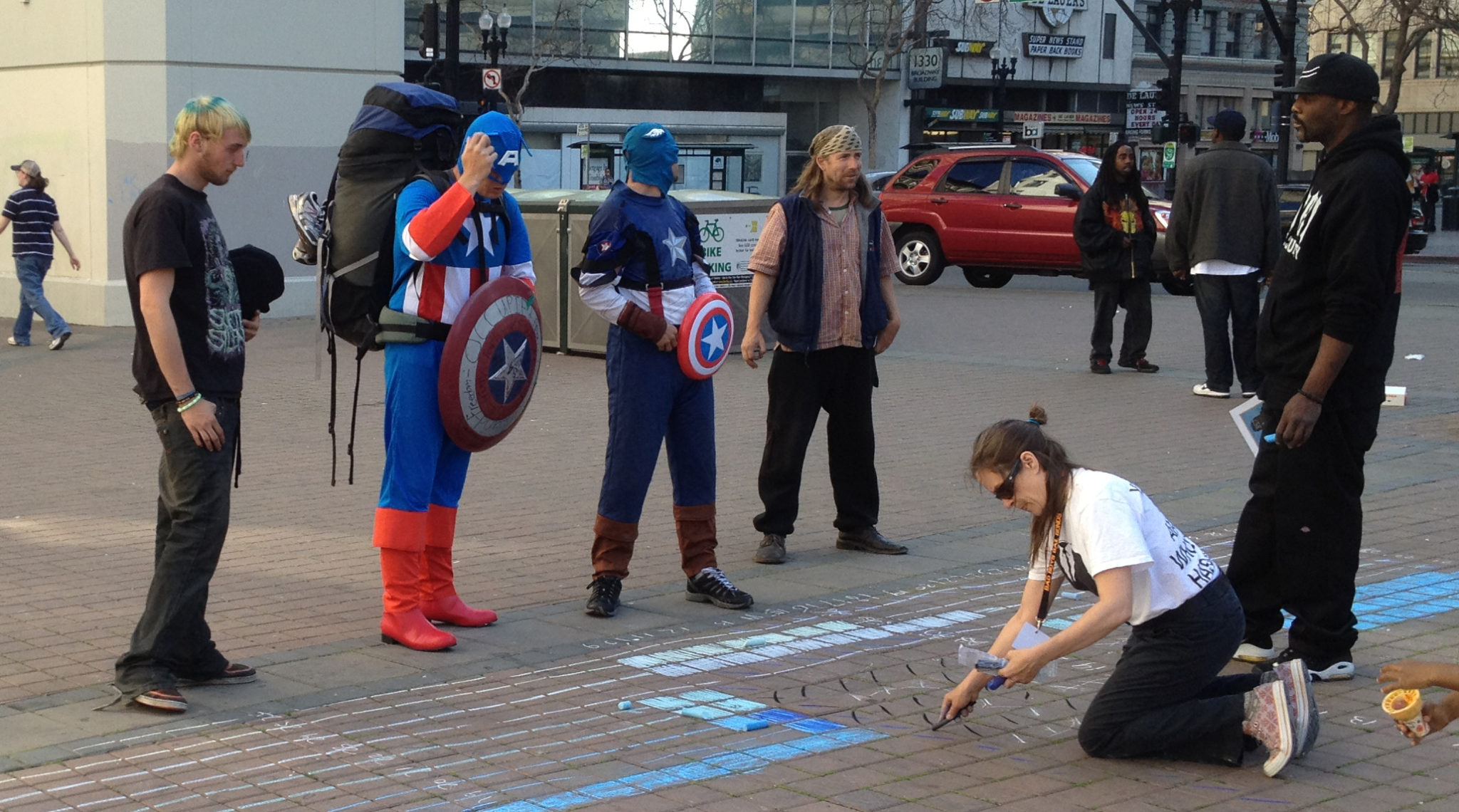 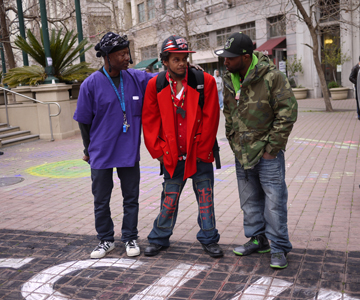 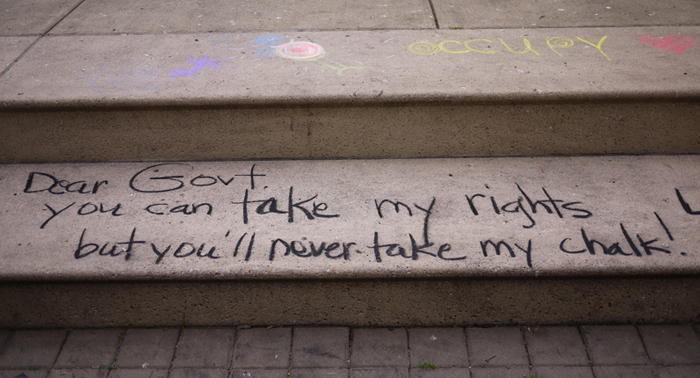 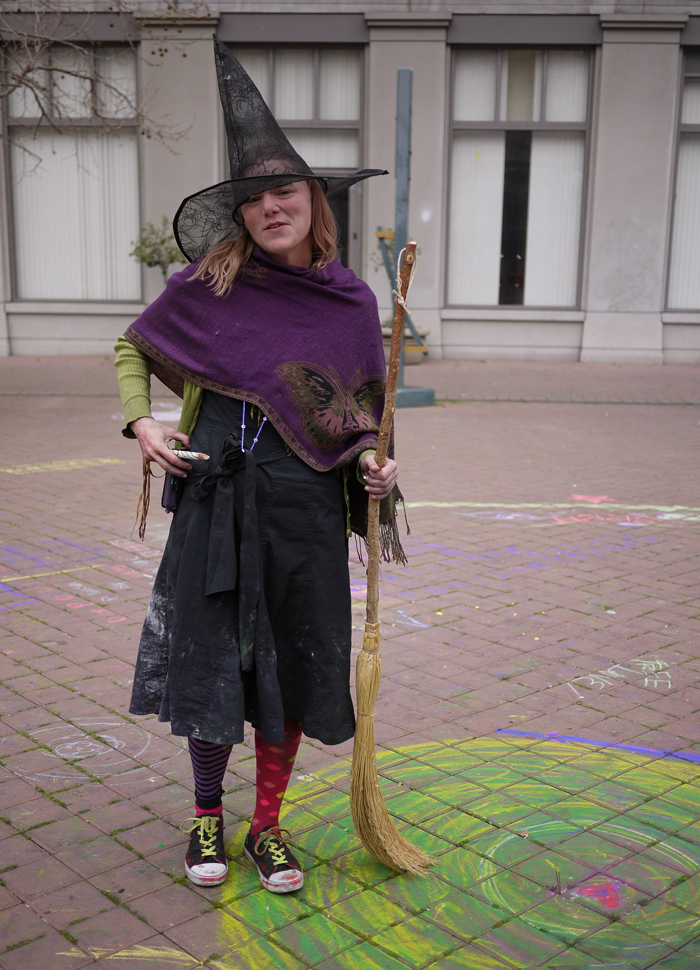