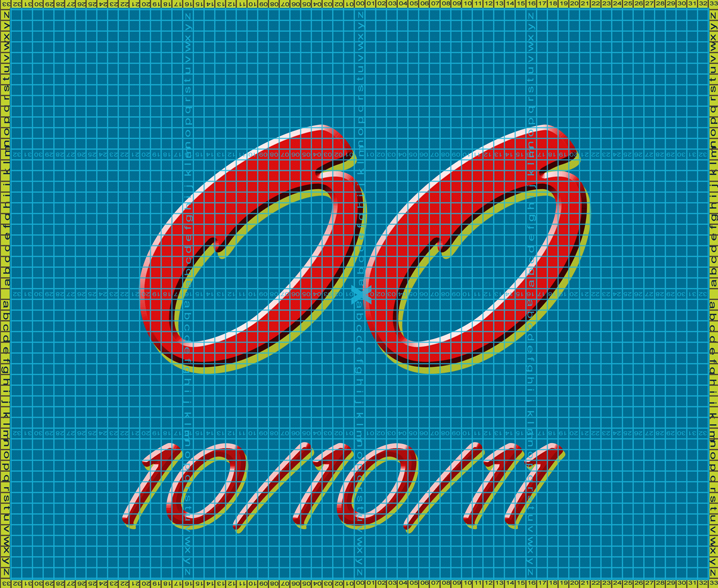 Image was the large letters “OO” for Occupy Oakland in a cheerful, advertising type font: A&S Roadhouse that I had recently bought. This chalk was to commemorate, Occupy Oakland’s first anniversary.

It was part of the weekly ritual of “holding” the plaza for Occupy. It’s better to start in the middle of a chalk and work your way out so that you don’t smear and put footprints all over everything. 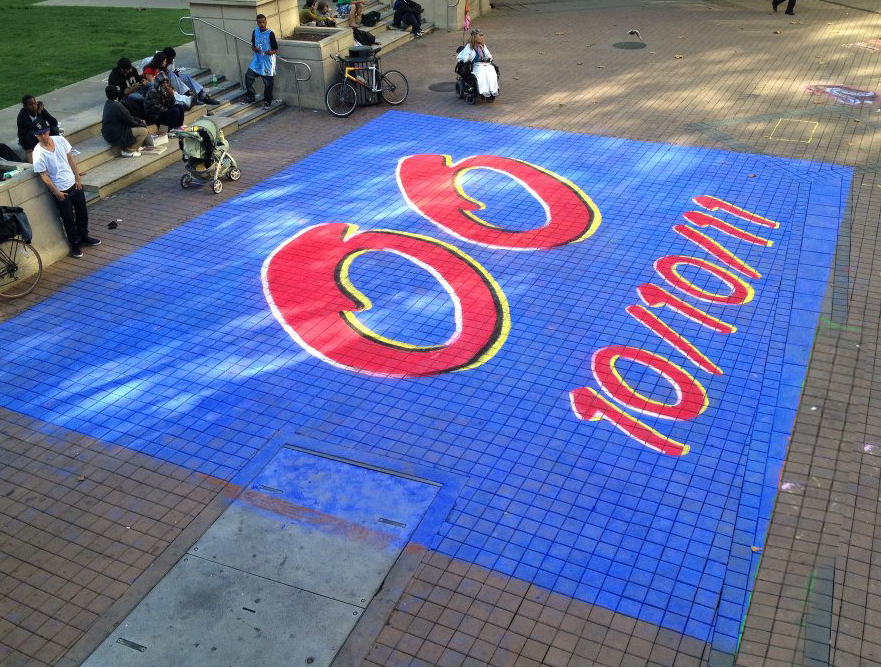 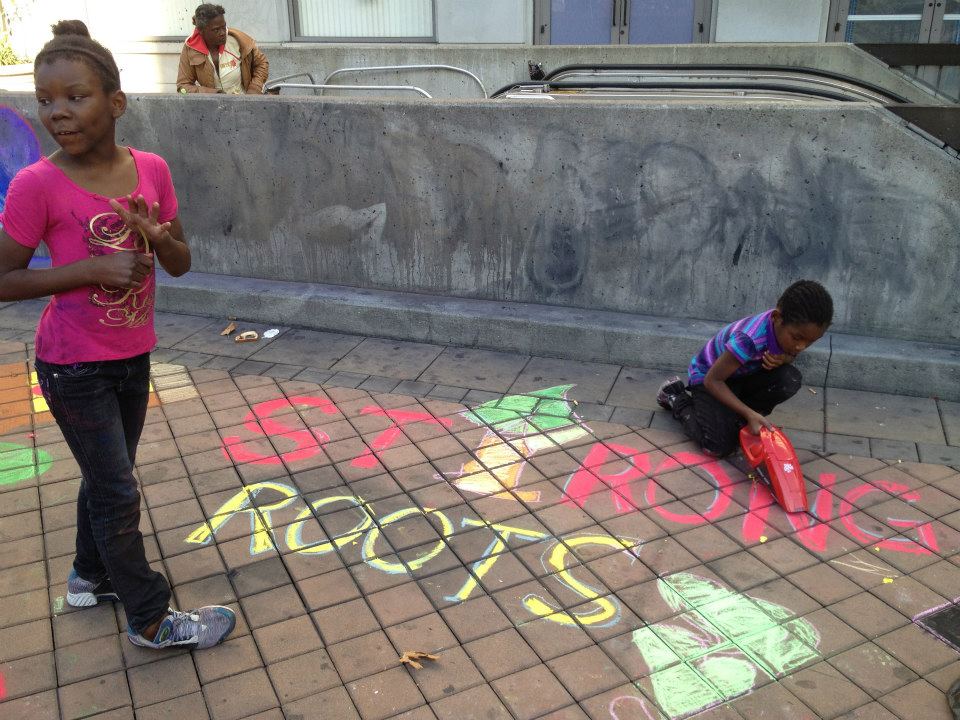 Kids doing their own chalks at Chalkupy Oakland 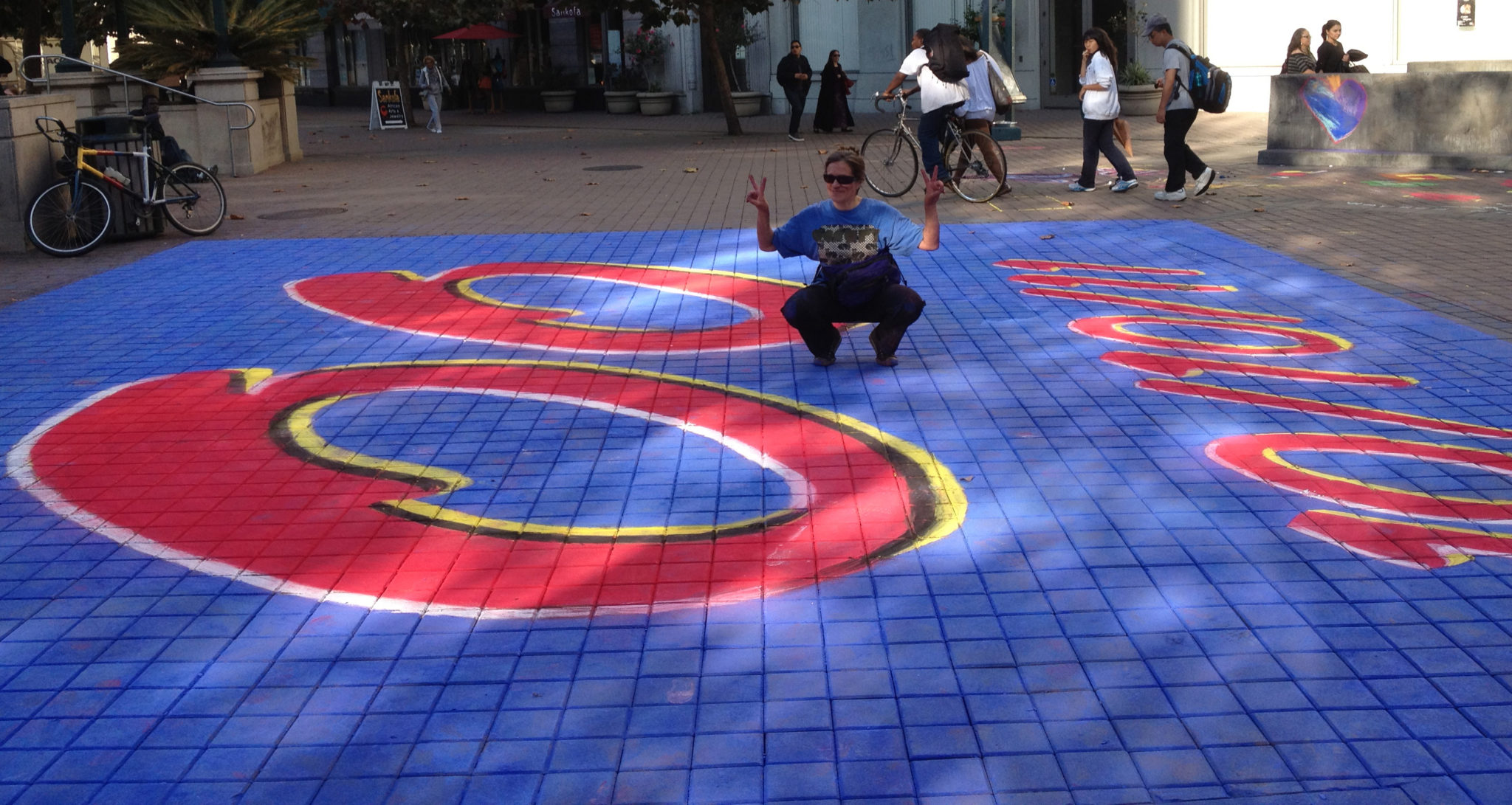