Craig and Pratibha are a couple and were old friends and founding members of the political art group, Fresh Juice Party. Although FJP is now mostly a band, and I am no longer a member, they were the original chalkers and continue to chalk. They have written many protest songs and continue to write and perform them.

Craig was also good at lettering and would climb the flag pole nearby for our best shots of the work. 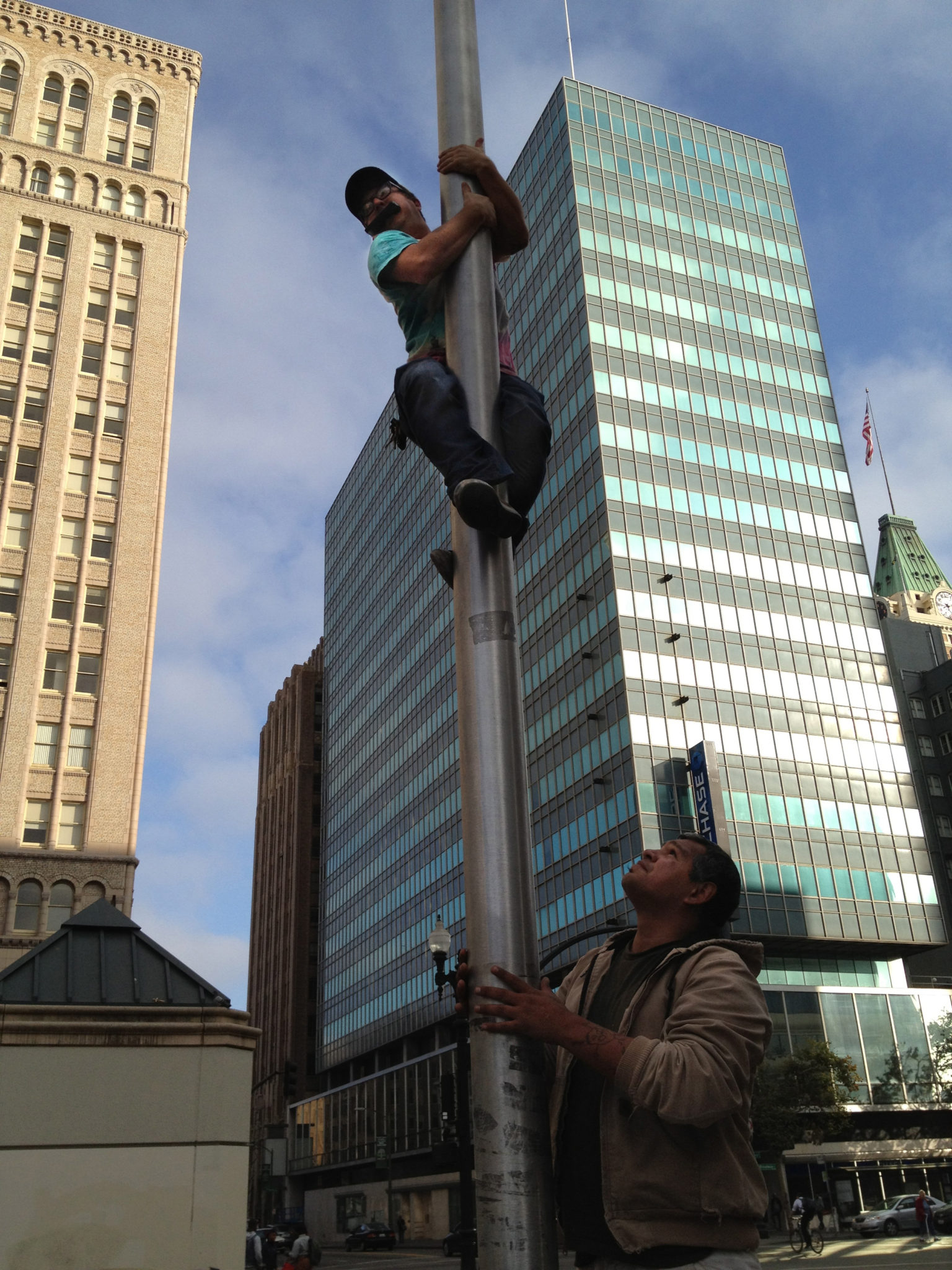 He would bring the recorded music as well. Sometimes he’d perform original music. 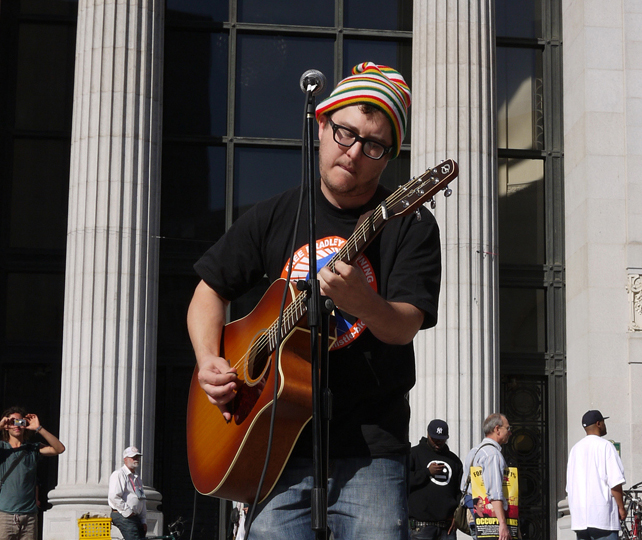 Pratibha is an attorney as well as a musician and songwriter.

She has a talent for lettering and did social media. 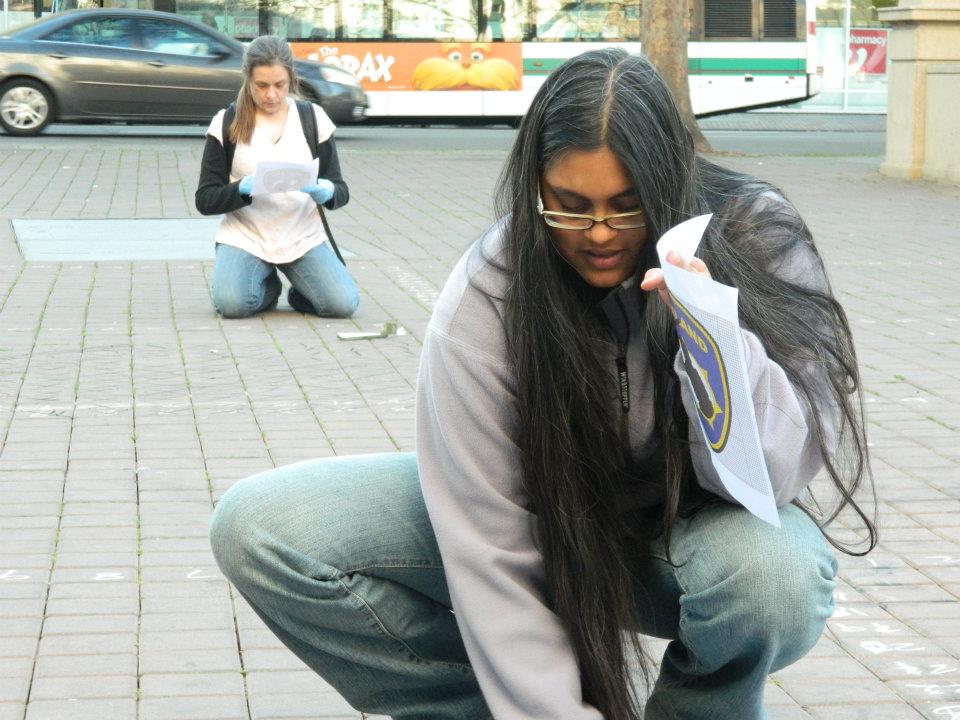