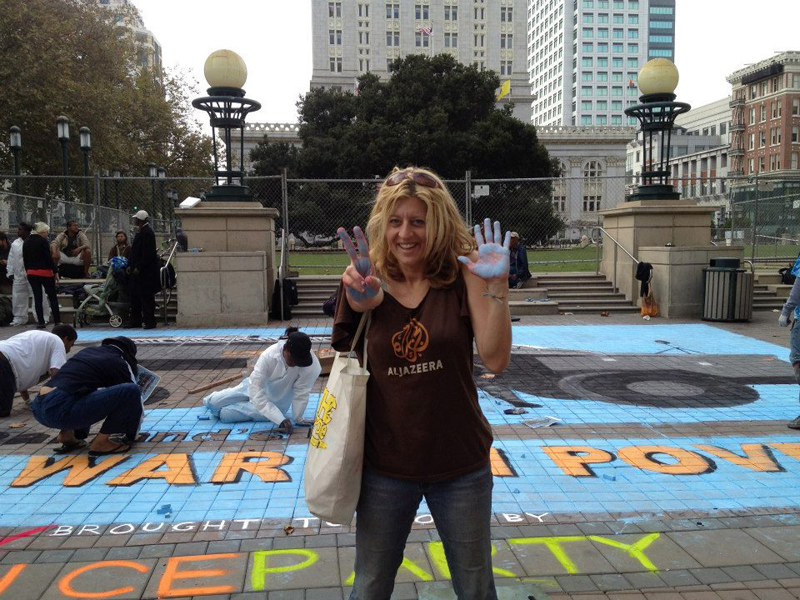 Melissa Balin is a Los Angeles activist who we met chalking there. She came several times to visit in Oakland while she was fighting LAPD for the return of her property and her illegal arrest at Occupy LA. She eventually won $300 but not before they forced her onto medication, put “SVP” which stands for “sexually violent predator” on her court folder which she had to fight to get taken off and played any number of other dirty tricks on her . (She never was involved in anything remotely to do with such things.)
Now, when she walks down the street in her San Fernando Valley neighborhood, the cops pull up and stop whenever they see her. I saw it happen. She’s always polite but I guess they just hate her for sticking up for herself.