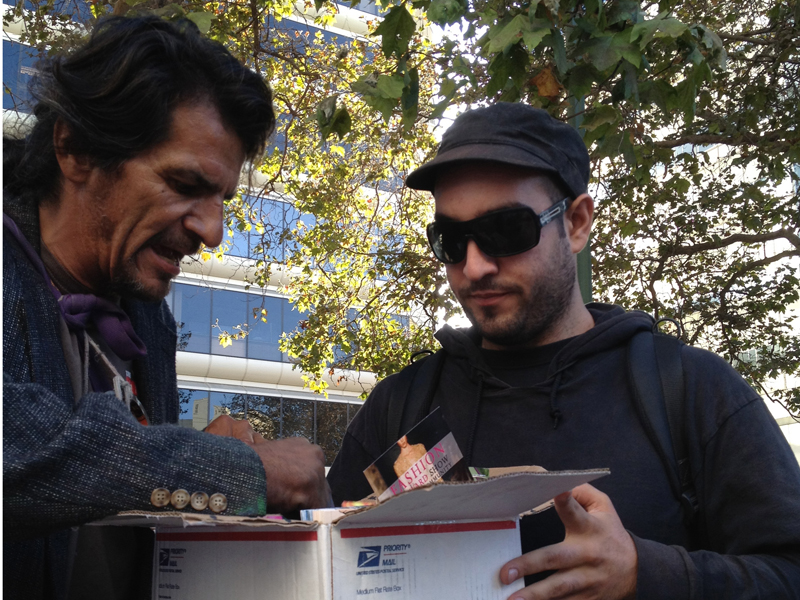 Running Wolf is an American Indian, tree sitter and activist. He often want’s some chalk for his own work, colors for a red, black, white and yellow “4 directions” piece around the flag pole. At the time, Running Wolf was running for mayor. It was unlikely that he would win. I once gave him some nice climbing ropes to tree sit with but he left his post and they all got cut down. He blamed it on some kids leaving THEIR posts but clearly he left as well. Not that I blame him. You don’t see me sitting in a tree. 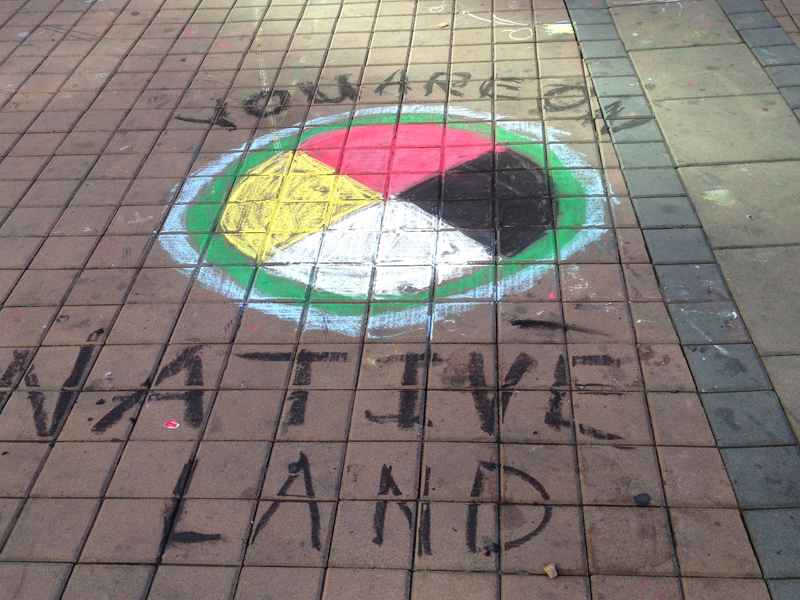