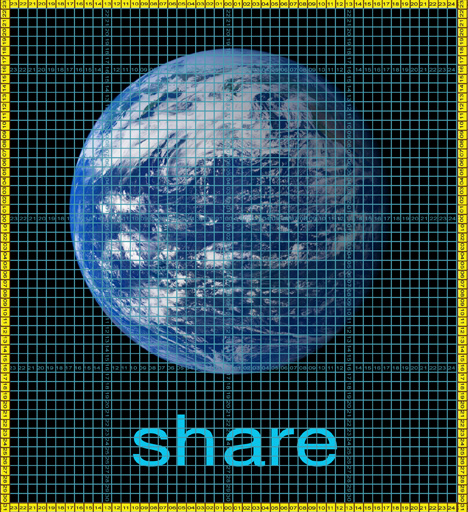 This was a picture of the planet with a black background and the word “share.” We chose a planet picture that showed somewhere in the Pacific Ocean so as not to be America or Euro-centric. This was an experiment in shading. This would be the first attempt to give something volume. I carefully laid out two crescents and a middle area, each to get its own blue, turquoise, medium or dark. There were clouds to deal with (white, gray, dark gray) but I carefully avoided picking a continent, instead, hovering somewhere over the pacific. This solved not only the drawing problem but also avoided political bias. 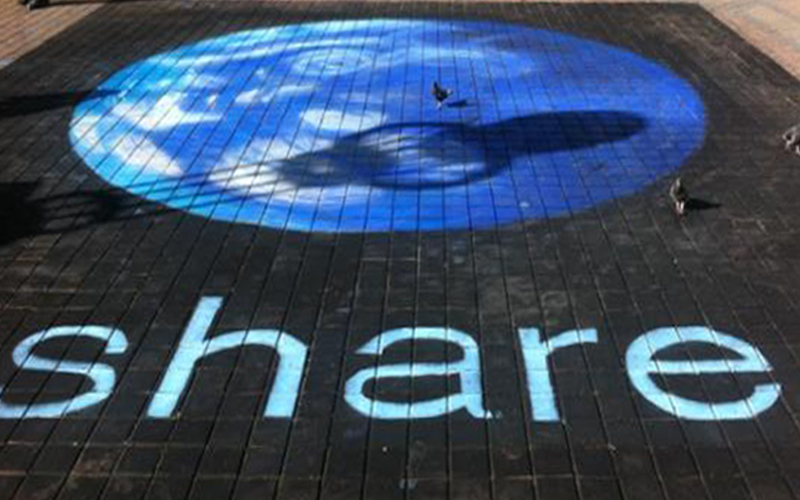 Enter Eternity Arts chalk. Finally found a place where we could order soft, gorgeously brilliant colors by the box-load. This was the day I found out how much Foxx loves turquoise. I had to practically grab it from him. He wanted to paint the whole world turquoise. A passerby loved the drawing until she associated the word Chalkupy with Occupy and stomped off, in spite of our sincere efforts to hold a conversation. This was Teardrop’s last chalk before he was arrested for a “hate crime.” 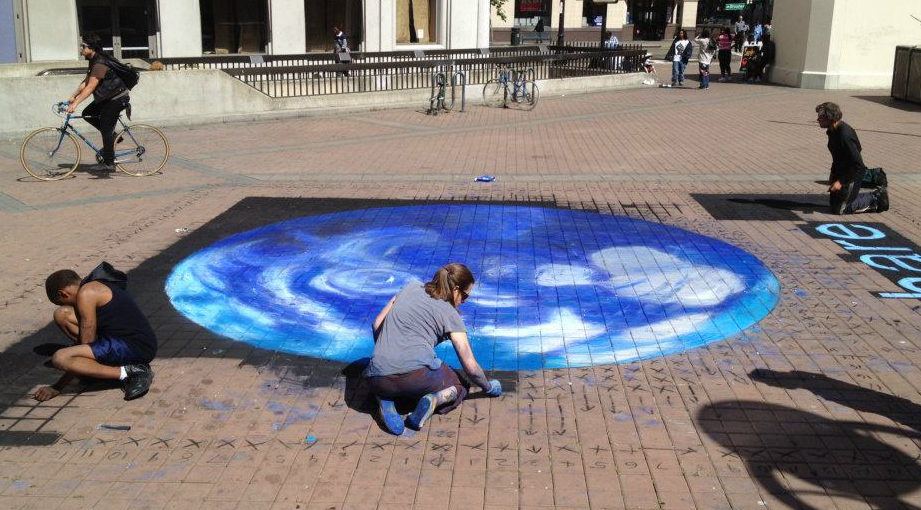 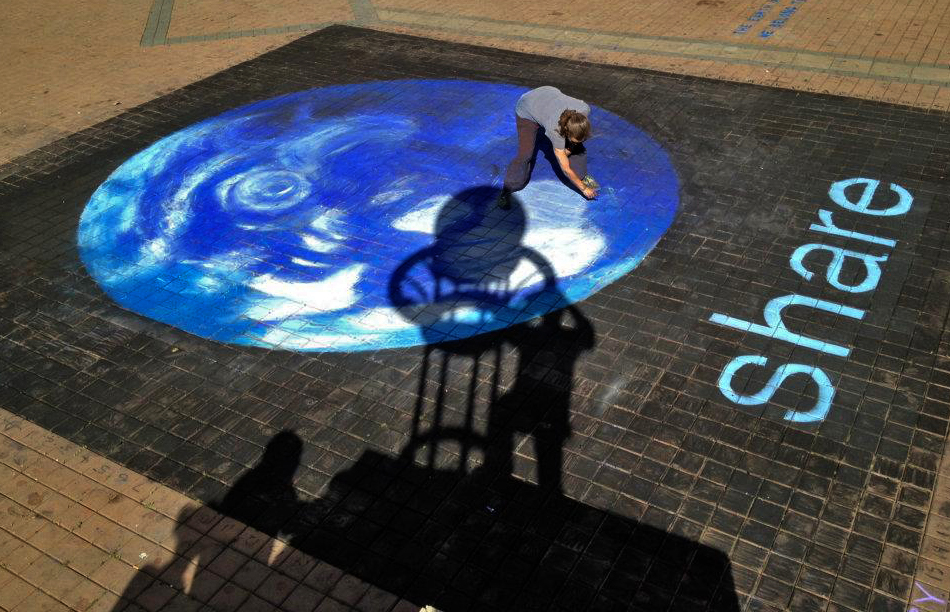