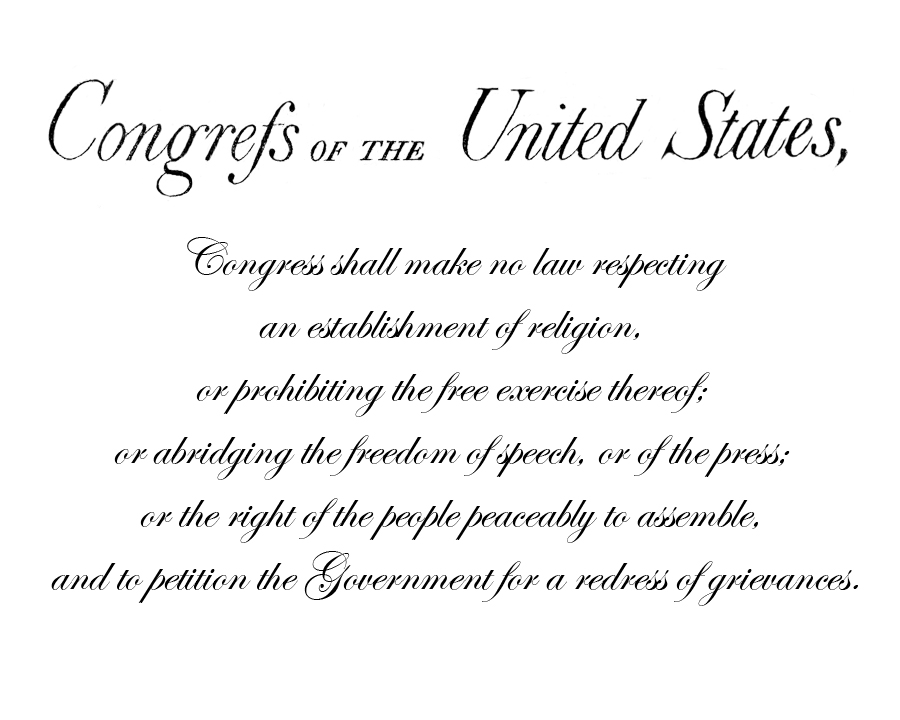 The First Amendment, in its entirety. One of our extracurricular chalkers was arrested for using some of the thick, vine charcoal we used for drawing (because of its erase-ability_ to chalk “Fuck the Police” on the wall of the BART Elevator. 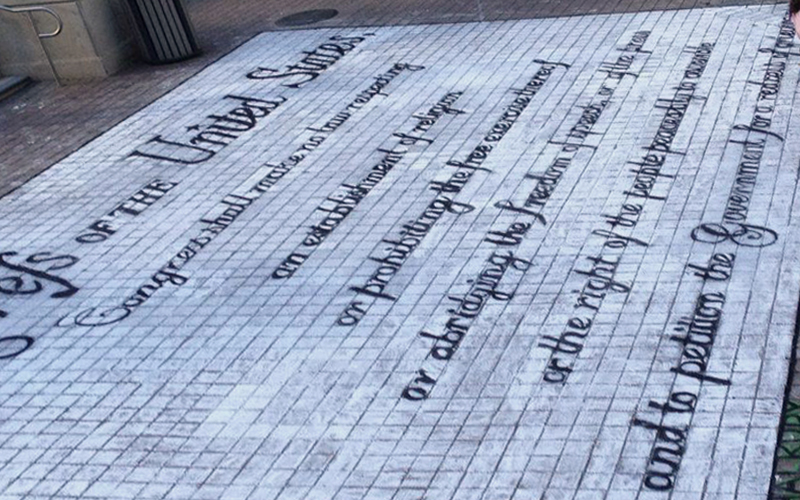 The letter of the law: Congress shall make no law respecting an establishment of religion, or prohibiting the free exercise thereof; or abridging the freedom of speech, or of the press; or the right of the people peaceably to assemble, and to petition the Government for a redress of grievances.
It does seem to be a rule that if you chalk in or on private property, which is technically what BART is, that you are much more likely to be arrested for vandalism than if you are chalking on public property, and, in our case, public property that is washed regularly anyway because if human traffic, feces, urine, food, vomit and pigeons. If you are chalking a commercial establishment, like a bank, you have to make sure you are a certain distance from the building. 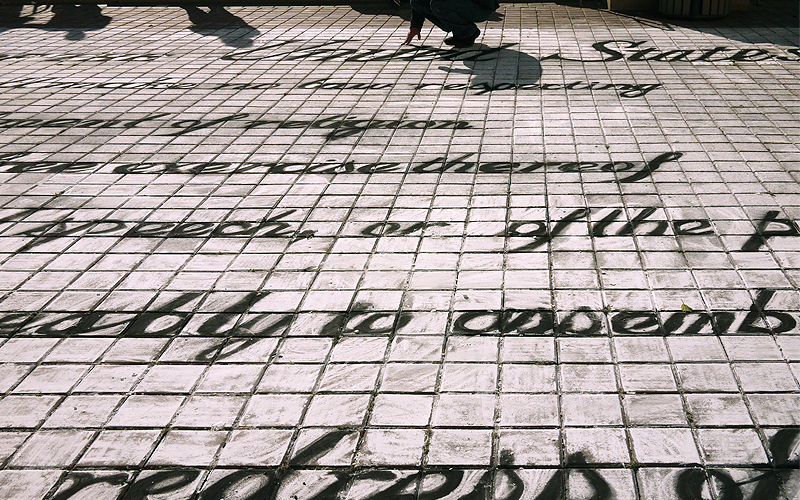 Because I was fearing arrest, I decided to chalk something that most people would strongly support, our First Amendment Rights. What better to chalk than the First Amendment itself? The whole thing. I copied the first line from the gorgeous penmanship of the original document and then substituted a somewhat similar font for the remainder of the text. Even though there was no color at all, something I tend to consider a prerequisite for a good time, people seemed to really like this one and we were thanked by more than one passerby. It rained half way through the day but we waited it out, and went back to repair and finish it when the rain stopped. Nobody was arrested. 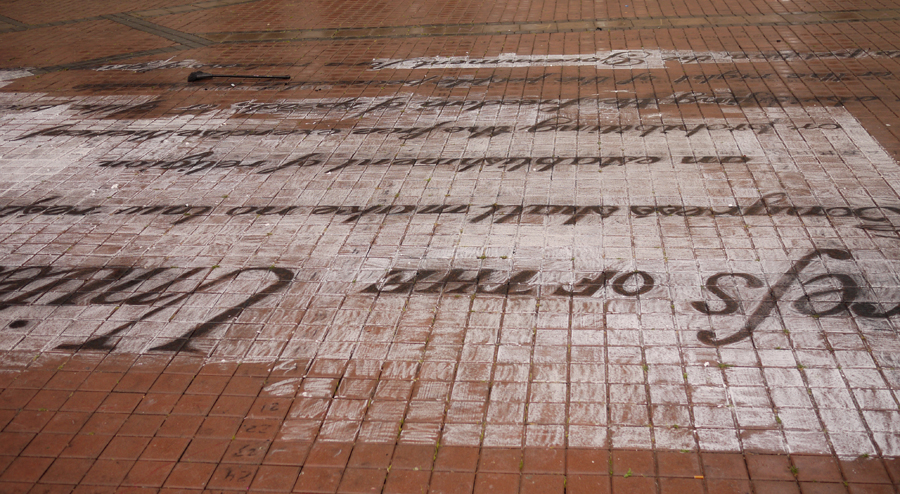