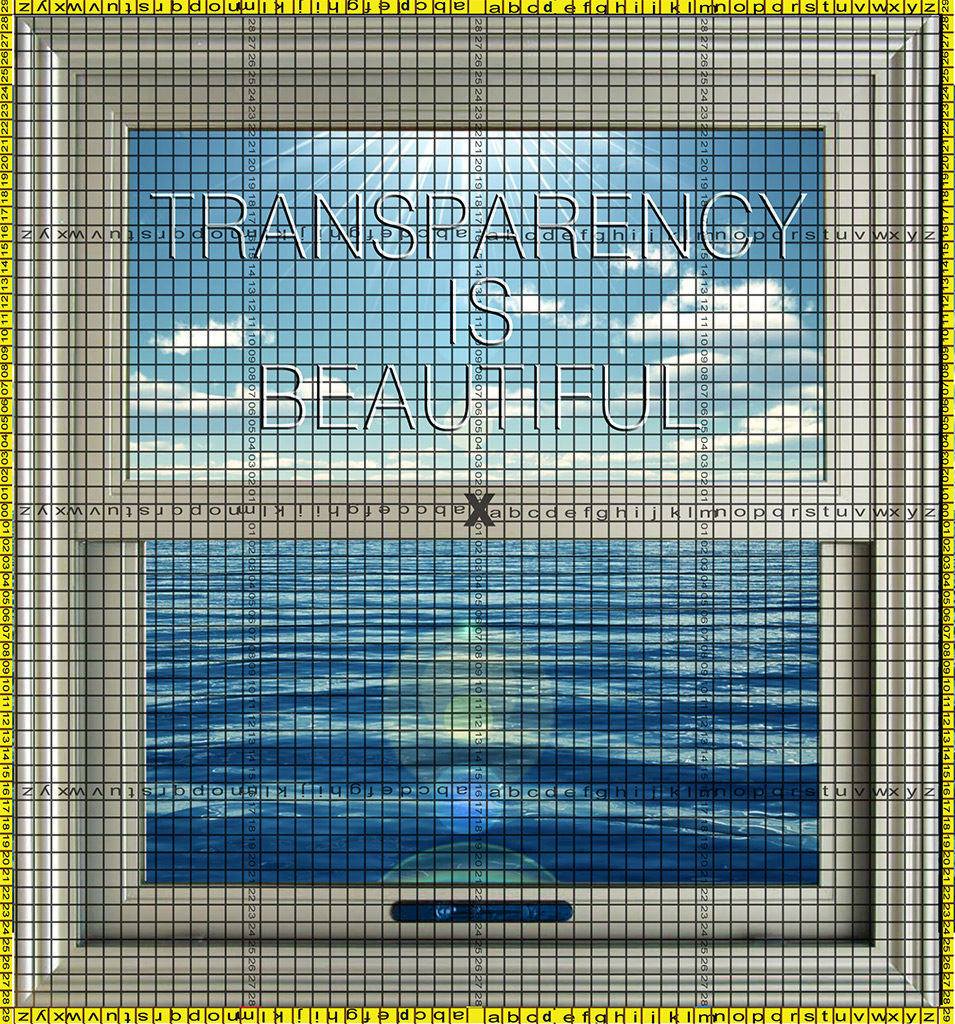 The image was a window with a view of the ocean and the words “Transparency is Beautiful.” 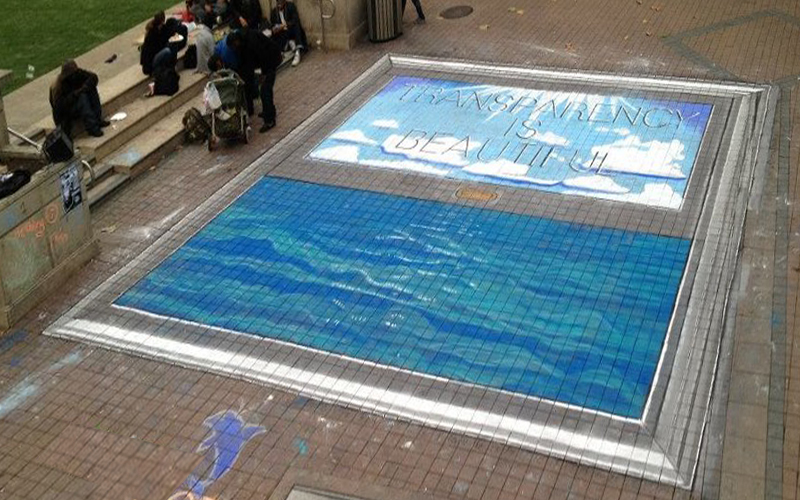 This was kind of an Occupy insider chalk because there had been infighting about the accounting that the finance committee was doing. It was certainly not transparent is all I can say. The finance committee supposedly met every Tuesday night or something but if you showed up, nobody was there. It all culminated with a farce General Assembly where the financial committee’s Ali, brought the binder but nobody looked inside and a bunch of people quit Occupy.

That was the end of the finance committee. I have no idea what was really going on. There was were all kinds of accusations on social media. In the end, Ali showed up at the chalk and posed with the chalk so clearly he didn’t take it personally. Technically, it was the first time I’d ever tried layering the chalk. We filled in the whole ocean with a blue before drawing the waves in it. I made a rule about how big the waves were in each sector and the perspective came out pretty well. Isaac who was one of the most talented artists. 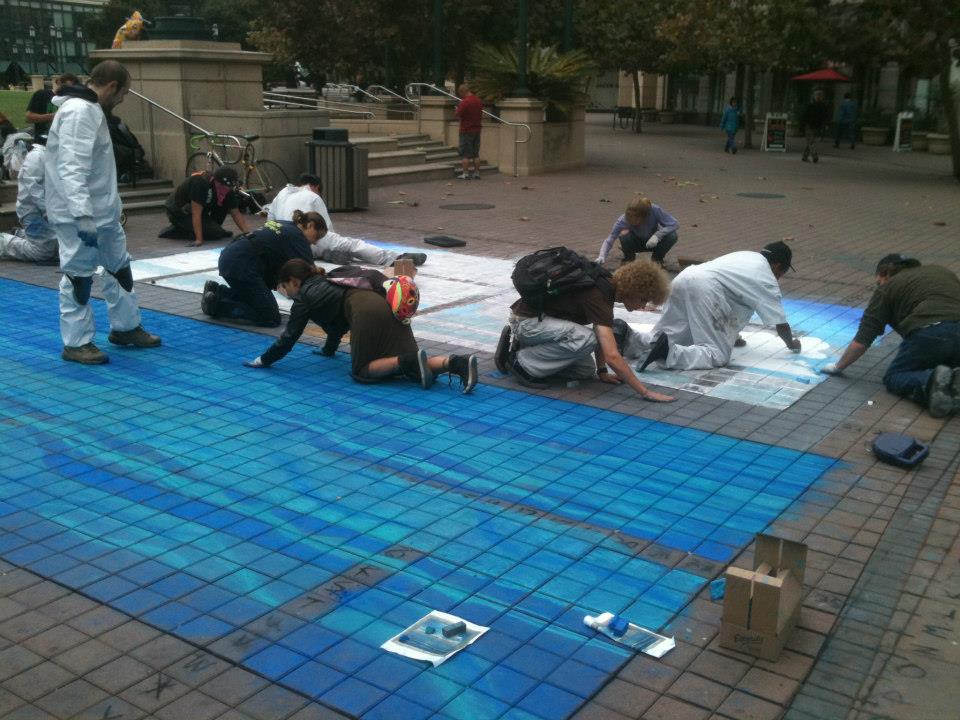 This was the first time I tried two layers of chalk. We did 2 colors for the water first and came in later with highlights.