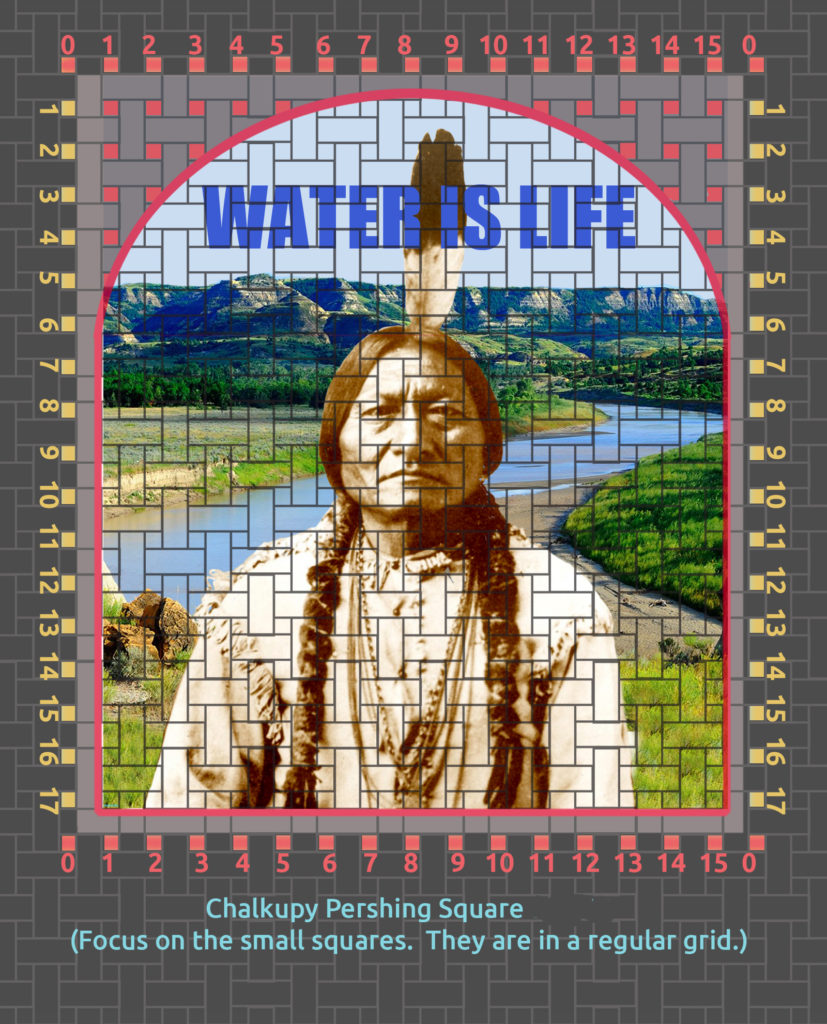 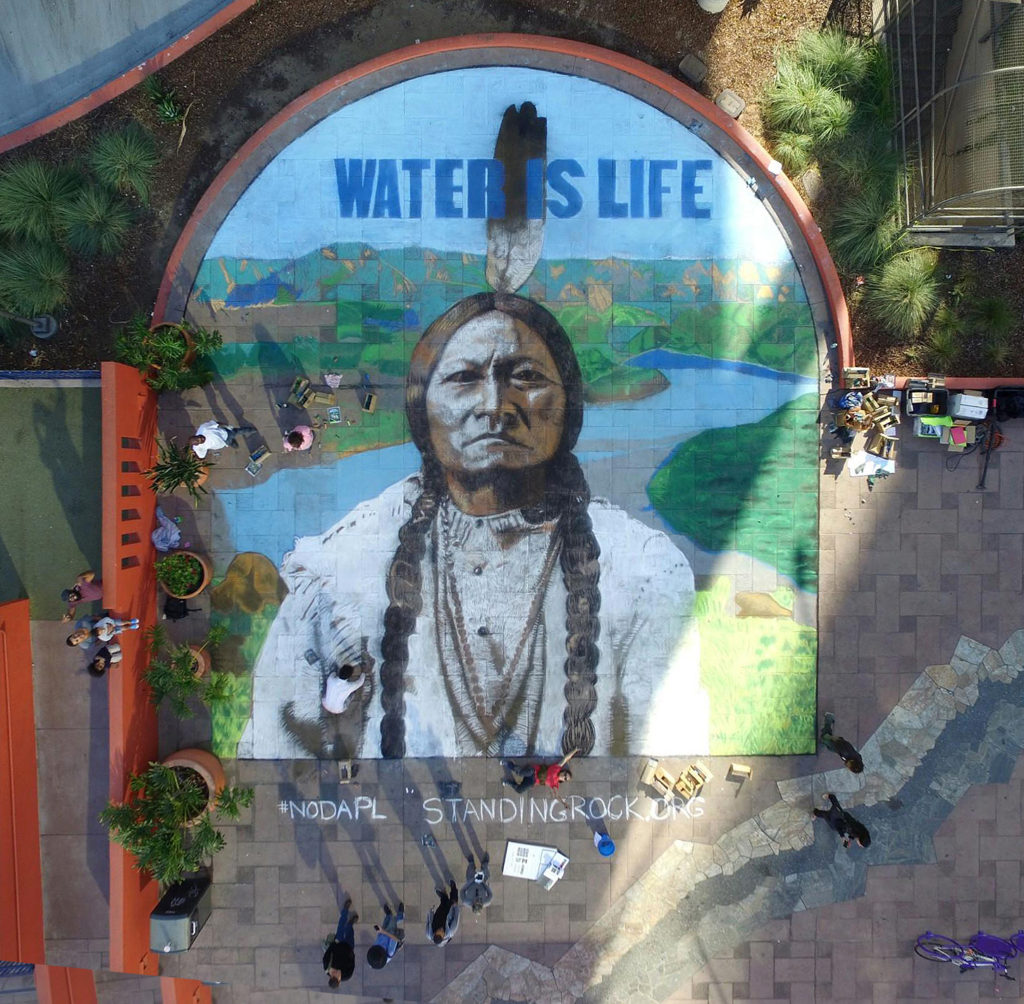 I designed this after coming back from the Standing Rock Pipeline Water Protectors camp in Cannon Ball, North Dakota where over 280 indian tribes had gathered together in an historic show of solidarity. I chose Sitting Bull because he was a Standing Rock Lakota Sioux and set him in front of the Missouri river, which along with the one of the largest aquifers in the world, is threatenedby the pipeline. Since I was welcome now in Pershing Square, I decided to do a more complicated design that would take more time in hopes that I could do something really special. I worried about not having enough chalk colors to do a picture this complicated and rich in tone. There were limitations but I think it worked out. I came the day before in the afternoon and started the face. Lisa, Fox and Teardrop arrived from Oakland that night. The Biltmore was full so we had to stay at a boutique hotel called the Ace that was more expensive and less nice in most ways. Noel, Jelani and Chris came from LA. We were really tired at the end. It was a lot of work. Chris got his vest stolen and Teardrop was treated rudely at a breakfast place we were eating at. When the guy realized that Teardrop was with me he got all apologetic. Clearly he was afraid. Lisa tried to get him to go see National Bird. Foxx found a girl he knew from OO and they drove her back to her family in Oakland. She was having some kind of breakdown. This was the first time we had a drone so we could real take a proper picture. Chris was the drone pilot. 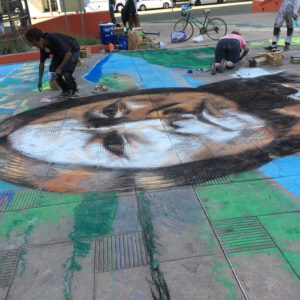 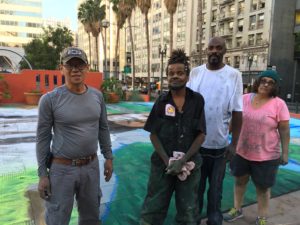